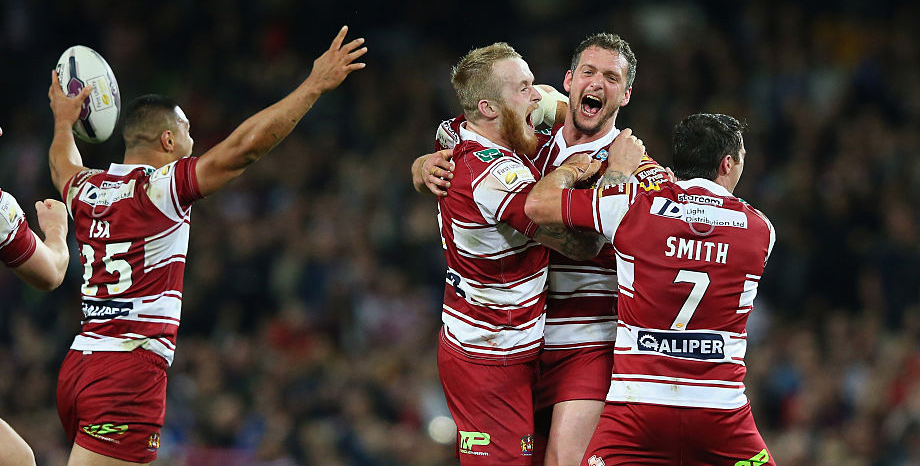 It is 23 years since Wigan famously beat Brisbane Down Under to claim a third World Club Challenge triumph in five renewals but the current Warriors squad will be fired up to end that long wait for another title when hosting Cronulla on Sunday.

The Sharks will start as favourites following embarrassing defeats for Super League sides in the last two seasons, with St Helens whitewashed 39-0 by South Sydney and Leeds hammered 38-4 by North Queensland.

However, there can be little doubt that this contest means far more to Wigan, given their proud history in the competition, and we’re taking 91/100 for the Warriors with eight points start.

Head coach Shaun Wane, a player when Wigan lifted this trophy in 1987, highlighted the importance of the fixture when admitting his side had struggled to focus on last week’s Super League opener, when they led Salford 26-0 at half-time before easing up for a 26-16 victory.

“It was hard to concentrate on this game when we’ve got the World Club Challenge next week,” commented Wane. “That means a lot to our town and I’ll be getting some players in from 30 years ago to talk to them.”

Wane will have the benefit of bringing back the hard-working John Bateman after a back problem and it was encouraging to see giant winger Joe Burgess among the tries at Salford after returning from a season in Australia.

Half-backs George Williams and Thomas Leuluai give the Warriors a great blend of youth and experience and they have some tireless tacklers in the pack to keep Cronulla under control.

It was a remarkable transformation for a club which had finished rock-bottom just two years before, but the feeling is that coach Shane Flanagan is more concerned with being ready for the defence of that domestic title than this weekend’s clash.

The Sharks have brought 13 members of their Grand Final-winning side, plus new recruits Jeremy Latimore and Daniel Mortimer, but among a handful of notable absentees is leading tryscorer Valentine Holmes.

Eyebrows were raised when Cronulla’s itinerary whilst based in London to prepare for this event included a day-trip to Paris for some sightseeing and they could be in for a rude awakening if undercooked.

Wigan can also be backed at 2/1 to claim a famous victory and 5/4 they are the first team to 10 points is another tempting price following last week’s flying start against Salford.