August 2022 will see the 132nd edition of the world’s second-oldest tennis tournament: the Canadian Open.

Here we have looked at the data from its last 20 iterations to predict how the action will unfold.

How often does a top seed win the Canadian Open?

The men’s singles tend not to spring a surprise and are usually won by a favourite. Almost half of the last 20 tournaments saw the number one seed triumph and only four winners were seeded fifth or lower.

The women’s singles have been more open, with fewer than half of the last 20 titles going to one of the top four seeds.

Unseeded players have triumphed more often than number one seeds – four times to three – although only one in four championships have gone to a player outside the top eight seeds.

Should we expect many upsets?

On average just over five of the eight quarter-finalists in the men’s singles have been seeded, but it has been getting more difficult for unseeded players to make it this far. Seven of the last 10 tournaments have seen at least six seeds among the final eight.

Seeds have performed more consistently in the women’s singles, with 16 of the last 20 tournaments seeing either five or six out of a possible eight reach the quarter-final stage.

Will the defending champion have a successful tournament?

While one of the favourites usually prevails in the men’s singles, it tends not to be the defending champion.

In half of the last 20 stagings of the Canadian Open, the reigning men’s singles champion didn’t even get as far as the quarter-finals.

The women’s singles title is even tougher to defend, with nobody having successfully done so since Martina Hingis in 2000. Since then only a fifth of the players looking to secure back-to-back Canadian Open titles have even reached the semi-finals.

Can a Canadian player win on home soil?

The men’s singles at the Canadian Open has been dominated by Europeans, who have won in each of the last 17 years. Canada’s best showing to date was Milos Raonic’s 2013 final appearance, but things have been improving.

Only one tournament between 2000 and 2011 saw a Canadian quarter-finalist, but since then five out of nine have seen this milestone reached.

Canadian women have historically enjoyed more success, although Bianca Andreescu’s win in 2019 was the first by a Canadian player since Faye Urban 50 years previously.

Aleksandra Wozniak is the only other Canadian to reach a quarter-final in the last 20 tournaments, with half seeing them all eliminated in the first round. 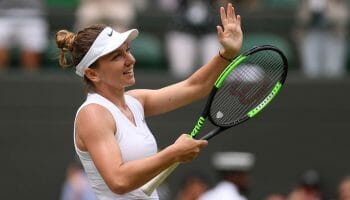