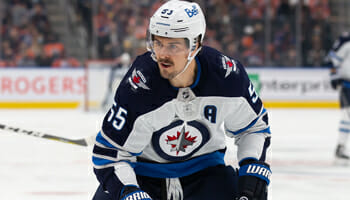 The Jets have the better overall form of these teams this term, but the Devils can counter that with a solid home record at Prudential Center.

We reckon this contest could be a close one, so 4.1 for overtime to be needed spearheads our New Jersey Devils vs Winnipeg Jets predictions.

New Jersey need a miracle to make the playoffs but that clearly failed to dampen their spirits ahead of a current four-match homestand.

The Devils began that stretch by edging out St Louis 3-2 in overtime on Sunday and then took out the Avalanche 5-3 on Tuesday.

After going 3-0 down against Colorado, goals from Tomas Tatar, Ty Smith, Damon Severson, Nathan Bastian and Yegor Sharangovich led to a fantastic fightback.

Head coach Lindy Ruff is now sixth on the NHL wins list with 776 and said: “We’ve played a lot of games like this where you get down and battle back.

“Usually, we don’t quite make it all the way back or win the game, but I thought tonight was just a belief that we were going to come back.”

Two 20-year-old youngsters have stood out of late, with Jack Hughes on a 12-game home points streak and Nico Daws seizing his opportunity to impress between the posts.

No team has conceded more goals in the first two periods than New Jersey, though, with 137 let in, 31 above Winnipeg.

The middle section has been especially troublesome with a 74-50 deficit, so NHL odds.

Winnipeg are seven points off a wild card spot in the west after enjoying an excellent 7-4 triumph over Tampa Bay.

After winning the third period 4-1, head coach Dave Lowry said: “We played our game for 60 minutes. We created the way that we wanted to.

The Jets have conceded at least three goals in 12 straight games but they are knocking them in at the other end.

Lowry’s men can also take heart from having beaten New Jersey 8-4 in Canada earlier this season, when Scheifele hit a hat-trick.

Let’s finish off our New Jersey Devils vs Winnipeg Jets predictions by taking 12.0 for the visitors to prevail 4-3, with overtime and penalties included if necessary.