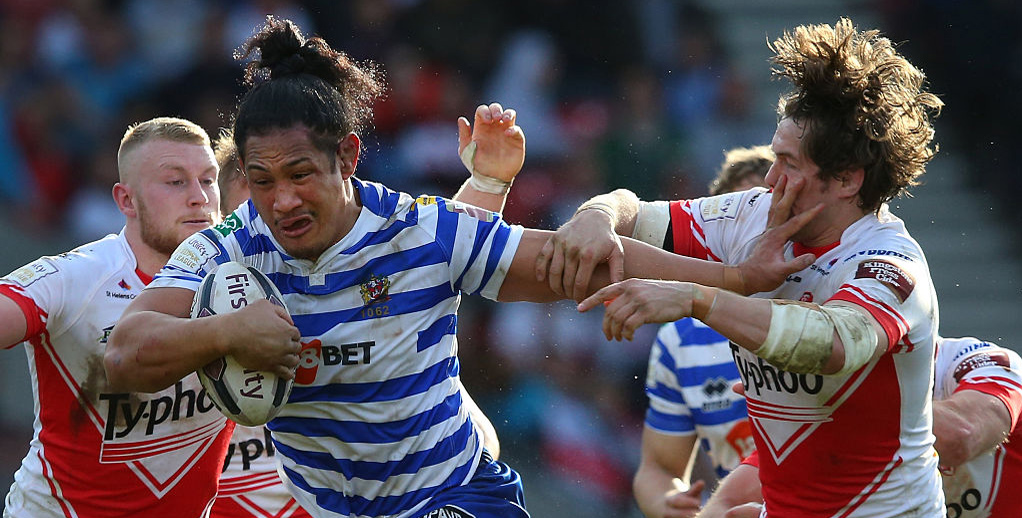 We’ve taken a look at the Super League odds for Easter Friday’s four Round 9 fixtures and have handicap betting tips for each game. If all our predictions are correct, it will give us a near-12/1 pay-out.

More than 21,000 tickets have been sold for the biggest derby in Super League and Wigan are fancied to send their fans home happy. The Warriors will be looking to bounce back from three straight defeats but have been decimated by injury problems in recent weeks.

Sean O’Loughlin, Micky McIlorum, Joe Burgess and Anthony Gelling are in line to return this week and they can help see off a struggling Saints outfit left reeling by the dismissal of head coach Keiron Cunningham.

Classy Cas are worthy league leaders after playing some spectacular rugby so far this season, but Wakefield are also going well and this looks a big start for a team which has won five of their last six matches.

Last Friday’s 30-4 hammering of Widnes featured some superb handling and excellent support play and Chris Chester said of the upcoming derby: “We’ll go there full of confidence, even though they are running red hot at the moment. They are attacking very well, but we are playing well ourselves.”

Hull let a big home crowd down when thrashed 54-18 by Salford last week but they were hit hard by injuries and other absences in the build-up to that game and deserve a chance to make amends. A five-match unbeaten run before that blip had been built around arguably the meanest defence in the competition and getting a few key players back will hopefully restore that strong work ethic.

The Rhinos have had the upper hand in recent head-to-head meetings but their young pack could be overpowered on this occasion.

The Red Devils have made the most of last season’s great escape from relegation and go into this clash full of confidence following four straight victories. But while two of those were by a wide margin, Salford are more usually associated with playing percentage rugby and grinding out hard-fought victories, so this handicap mark is a big ask.

Leigh have lost three in a row but prevailed 32-26 when these teams met in the middle 8s last season and the Centurions always look capable of putting points on the board.