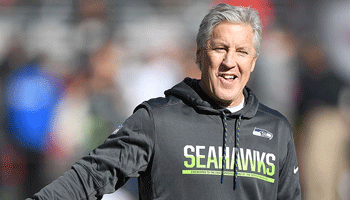 Recommended bet: Atlanta Falcons to be winning at half-time and full-time against Seattle Seahawks @ 19/20

Four years after these two franchises met in a thrilling play-off encounter in Georgia, Atlanta and Seattle will go head to head again at this stage for an NFC Championship Game berth.

Back then Russell Wilson was just a rookie – not that he played like it. Down 20 points entering the fourth quarter – Seattle had not scored a point in the first half – Wilson guided Seattle in front before a Matt Bryant field goal with eight seconds remaining saw the Falcons advance.

The Seahawks came up against an offensive powerhouse that evening and it is a similar proposition this time around. The 2016 Falcons accrued 540 points, the joint-seventh most of all time, and they can hurt teams in many ways – be it through quarterback Matt Ryan and monster wide receiver Julio Jones or dynamic running back duo Devonta Freeman and Tevin Coleman.

Not many offensive units are capable of striking fear into Seattle’s defence, who over the past six seasons have been a top-10 defence every year in each of the two major categories. But this Falcons team has the potential to cause Seattle major headaches, particularly with safety Earl Thomas’ injury leaving a weakness in the middle of the field that Ryan can exploit.

A machine that does not take long to click into gear. In each of Atlanta’s 11 victories in the regular season, they were ahead at the half. In four of the Seahawks’ five defeats, they were behind at the interval. If the Falcons are leading at the break, history suggests they will hang on to claim the victory.

Those of a Seattle persuasion will highlight their 26-24 week six win over Atlanta in Washington but that was at a venue where the Seahawks rarely lose, when Thomas was still patrolling the middle and even then Seattle were trailing by seven points entering the final five minutes. Dig deeper into the stats and you will find Jones amassed 139 yards and a touchdown while Ryan threw for three scores and 335 yards.

This is an offence that can score with ease and if they take charge of this contest early, they are rarely slowed.