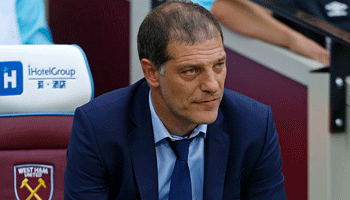 Crystal Palace recently brought in Sam Allardyce in a bid to beat the drop and opposite number Slaven Bilic is currently among the favourites to be the next Premier League manager to leave his post following three straight defeats.

Lifeless displays against Manchester United and Leicester in the top flight were followed by a 5-0 home thrashing off Manchester City in the FA Cup and Bilic needs a boost or the speculation about his future will only intensify.

Trueform tips: West Ham did well against lesser lights Swansea, Hull and Burnley but their form has dipped alarmingly over the last few games and, although the Eagles aren’t exactly soaring, that could inspire value seekers to take a punt on Crystal Palace.

All teams suffer a blip now and again but the manner of West Ham’s recent losses to both Manchester clubs has set tongues wagging in the East End as the Hammers have been sadly lacking in quality and, even more worryingly, commitment. The news Dimitri Payet has told the club he wants to leave only adds to their woes.

Bilic has admitted he is desperate to bring in a new striker and has been linked with several names, including Jermain Defoe, Celtic’s Moussa Dembele and Brentford hot-shot Scott Hogan while Hull playmaker Robert Snodgrass is another target.

That will hardly boost the confidence of his current players, though, and with Cheikhou Kouyate and Andre Ayew away at the African Nations Cup, an away win for Palace at 23/10 offers plenty of appeal.

Sam Allardyce is still looking for his first win since taking over Crystal Palace last month but the Eagles played really well for long periods in a 1-1 draw at Watford and may have suffered from fatigue when coming up against Swansea just two days after being run ragged by Arsenal.

On-loan Chelsea striker Loic Remy showed promise when hitting the post in a 45-minute appearance in Palace’s 0-0 FA Cup draw at Bolton, prompting Allardyce to comment: “We saw a couple of flashes which excited us all and hopefully he gets better and better the more match fitness he gets.”

Losing Wilfried Zaha to the African Nations Cup will hurt but there is still creativity there in Andros Townsend, Yohan Cabaye and Jason Puncheon to feed Christian Benteke. Palace claimed seven points from their last three visits to Upton Park and London Stadium is proving an easier place to play at, so 13/10 for the Eagles in the ‘draw no bet’ market is another option, as is 17/4 they win to nil.

Team news: West Ham have been affected by the African Nations Cup, losing Cheikhou Kouyate and Andre Ayew, while Diafra Sakho is out with a back injury. Crystal Palace are missing new Ivory Coast recruit Wilfried Zaha and James McArthur is struggling with a calf problem.