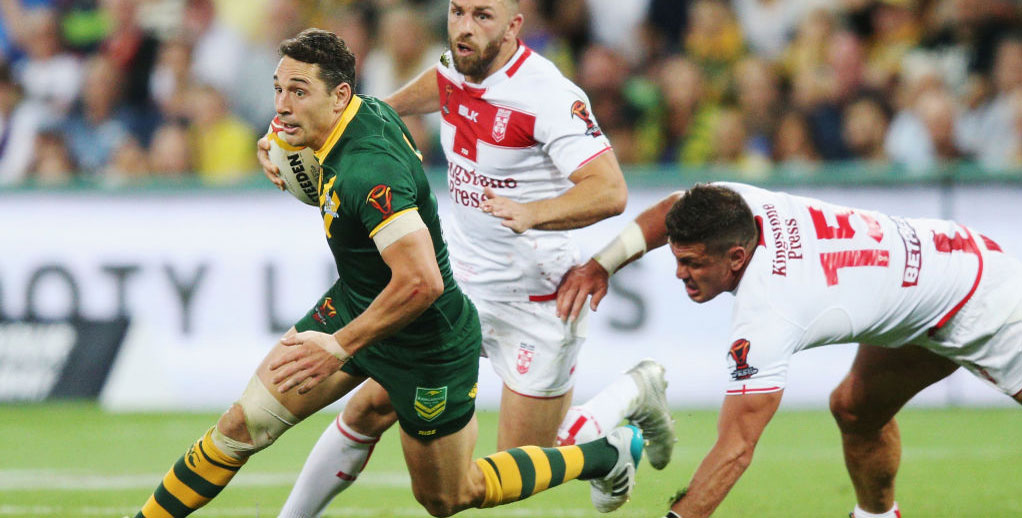 England face the formidable task of trying to stop Australia’s relentless march towards Rugby League World Cup glory, but we reckon the underdogs can be competitive in Saturday’s Brisbane decider.

After reaching the final for the first time in 22 years, England must try to avenge an 18-4 loss to the Kangaroos in their group-stage opener.

However, with five minutes left to play, there were only six points between the sides in that closely-fought Melbourne contest, before Josh Dugan scored an 80-metre interception try.

That display makes 91/100 for England with 18 points start in the final worth taking in our Rugby League World Cup betting tips.

It must be admitted that Australia have been simply awesome throughout the rest of the tournament, as they seek to retain the trophy they won for the 10th time at Old Trafford four years ago.

France were crushed 52-6 in Canberra and then the Kangaroos claimed a ruthless 34-0 triumph over Lebanon in Sydney to top Group A.

Samoa were brushed aside 46-0 in the quarter-finals and Fiji were thrashed 54-6 in the semis, with winger Valentine Holmes bagging an incredible 11 tries in those one-sided contests.

Australia are expected to be just too clinical in the final, but England do have the forwards and powerful backs to secure some decent territory, which can help to keep the Kangaroos in check.

With rain forecast for the Brisbane area, we like 17/20 for Australia to score less than 30 points.

England recovered from their opening loss to safely make the knockout stages by beating Lebanon 29-10 and France 36-6.

A 36-6 defeat of Papua New Guinea then suggested Bennett’s side was making good progress and they maintained that momentum by powering into a 20-0 lead over a talented Tonga team in the semis.

The nerves were jangling as Tonga raced in three late tries to pull the deficit back to just two points, but let’s take the positives out of the first 70 minutes.

“Australia are favourites for a reason, they’re on home soil and they’ve won it so many times, but let’s concentrate on ourselves.”

A fast start is essential for England, though, so let’s finish off our Rugby League World Cup predictions with a patriotic punt on the underdogs to score the first try at 11/5.