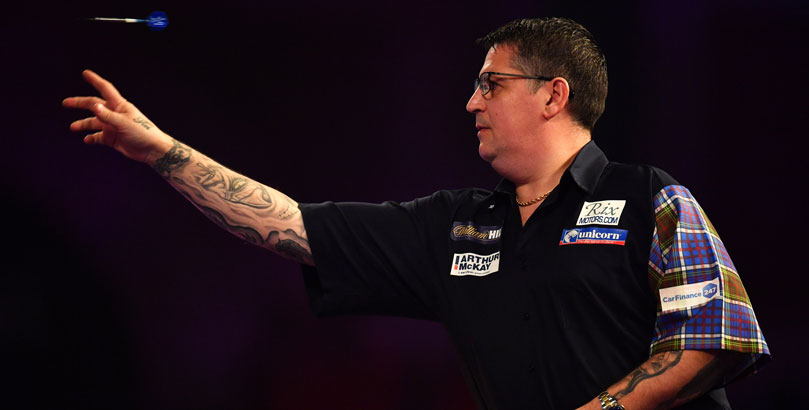 Live darts is available to watch once again with the launch of the PDC Home Tour second round.

The tournament resumes after an initial 32 consecutive nights saw players face each other over video link.

Now, 32 players will battle it out for a place in the semi-finals, with the event broadcast live via the PDC’s official website.

Gary Anderson is 67/100 to avoid a shock exit from the PDC Home Tour.

‘The Flying Scotsman’, who has twice won the World Championship, was in formidable form during the first phase, losing just four legs.

But after world champion Peter Wright bowed out on night one of the play-offs, Anderson is now the second favourite at 6/1 to win the tournament.

Anderson opens up against Group 5 winner Nick Kenny and is priced at 3/4 to throw the most 180s which is our opening PDC Home Tour darts prediction.

Luke Humphries – runner-up to Kenny – is next for Anderson, who became the first Premier League player to lose to a challenger when being beaten by the Englishman is Exeter in March.

Anderson finishes the night against Jamie Lewis, with the Welshman winning the first group of the inaugural competition, finishing above Wright.

The Scotsman has won seven of his eight meetings with Lewis and can produce another resounding performance so 8/5 for there to be under 8.5 legs in the match is our final PDC Home Tour darts prediction.

All groups in the play-off stages are again in a round-robin format, with all matches the best of 11 legs.

The eight group winners advance to two semi-final stages before an eventual four-man final on June 5.