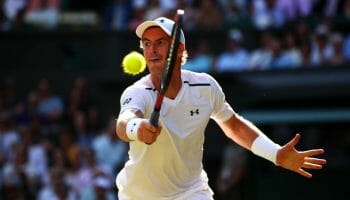 Andy Murray gave us a hat-trick of pay-outs with his easy second-round win at Wimbledon but may get more of a work-out from flashy Italian Fabio Fognini.

We were on Murray at 29/10 to prevail 6-3 in the first set in our preview of his match with Dustin Brown.

Punters also collected on the defending champion to win by more than 6.5 games and the match to last less than 32.5 games after he registered 6-2 scorelines in the next couple of sets.

The Scot put to bed any lingering worries about his right hip with his display against the hugely entertaining but erratic Brown, breezing to victory in just 96 minutes.

However, he only has a 3-3 record against his next opponent and we like 17/20 for over 29.5 games this time in our Murray vs Fognini betting tips.

Fognini may be more at home on clay, with all four of his career titles coming on that surface, but he has made smooth progress at the All England Club this week.

Fognini only allowed Vesely to earn one break point in that latest encounter, which the 23-year-old Czech failed to convert.

The Italian thrashed Murray 6-2 6-4 in their most recent meeting at the Rome Masters event in May and had previously given Rafael Nadal a real scare before going down 6-7 6-3 4-6 in Madrid.

Again, we have to admit that both of those efforts came on clay, but it is hard not to be encouraged by the impressive form shown by Fognini of late.