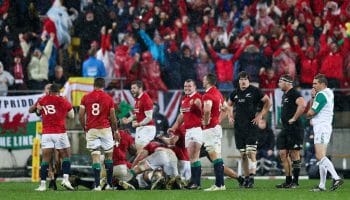 Patriotic punters will be lumping on the British and Irish Lions to claim a historic series win over New Zealand this weekend and we’re following suit.

There may be a hint of betting more with our hearts than our heads here, as the All Blacks are unbeaten at Eden Park for 23 years.

However, the tourists will be high on confidence after winning in Wellington and bwin’s special price boost of Evens with 11 points start is hard to resist in our New Zealand vs Lions betting tips.

New Zealand were obviously hampered by the dismissal of Sonny Bill Williams in the second Test, but the powerful centre will again be sorely missed in the decider.

Without the former rugby league star’s offloads in midfield, the All Blacks are much easier to contain in their own half.

Steve Hansen has brought in Jordie Barrett for his first start at full-back and blooding the 20-year-old youngster in such a huge game is a big gamble, especially with the Lions having the kicking game to pile on the pressure.

Ngani Laumape lines up at centre instead of the suspended Williams and also lacks experience at this level.

Hansen has played it safe on the wings with Julian Savea replacing Rieko Ioane and Israel Dagg switching from full-back, but that leaves New Zealand short of pace in our opinion.

The Lions must still compete against rugged forwards and a rock-solid scrum, but the All Blacks have lost much of their aura out wide with those changes.

Looking at the New Zealand vs Lions odds, we like the tourists at 17/20 with 5.5 points start in the half-time handicap market.

A Look At The Lions’ Betting Odds

Although benefiting from the Williams red card, the Lions were made to pay for some ill-discipline of their own in the 24-21 success at Westpac Stadium.

In particular, prop Mako Vunipola must clean up his act to avoid giving Beauden Barrett any easy opportunities to put points on the board.

However, the Lions looked easily the best team in open play last week as Taulupe Faletau and Conor Murray scored tries and the All Blacks failed to cross the whitewash.

Warren Gatland has the luxury of keeping the same starting line-up after Johnny Sexton and Owen Farrell provided the organisation and tactical nous hoped for, so it really is just a case of calling for more of the same on Saturday.

“We felt we should reward the players for the result and the courage that they showed in coming from 18-9 down,” said Gatland.

“We are all aware of how big this game is and we are expecting a backlash from the All Blacks.

“But the pleasing thing about the second Test is just how strong we were in the last 10 or 15 minutes, in terms of energy and enthusiasm, so we still feel there is another level in us.”

The tourists are 3/1 for another win, but the real value could be 9/2 for a victory by 1-12 points again and that completes our New Zealand vs Lions predictions. 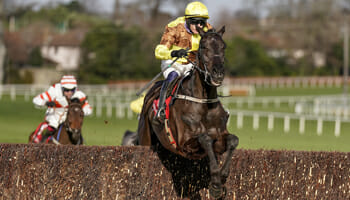