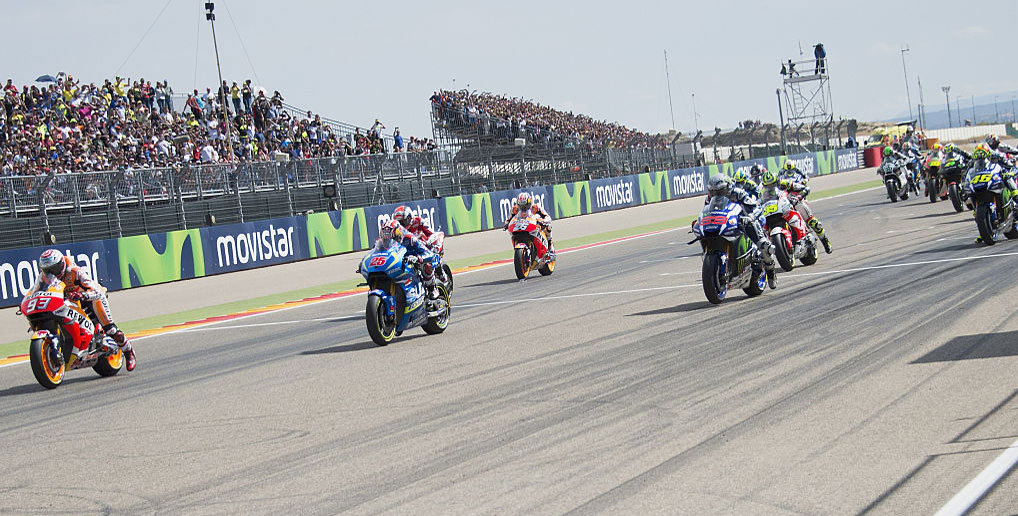 CLICK HERE! to bet on the Aragon Grand Prix

Marc Marquez will be looking to pull away from MotoGP title rival Andrea Dovizioso at the Aragon Grand Prix after winning last time out in San Marino.

The Spaniard has won two of the last four races at Aragon and will look to repeat his past successes and go on to claim his fourth MotoGP world title.

Marquez is favourite to win on home soil at 11/10 and he gets our vote in the Aragon Grand Prix betting predictions.

Elsewhere in the betting, Marerick Vinales is second favourite on the Movistar Yamaha at 9/4, with Marquez’s title rival Dovizioso 6/1.

The Italian is level on points with Marquez at the top of the standings but after seeing the Spaniard take the win last time out, he will be keen to give Ducati a rare victory at Aragon.

Marquez’s Repsol Honda team-mate Dani Pedrosa needs a good result at Aragon, a circuit where he won in 2012, after finishing a lowly 14th in San Marino and he represents good value for the race win at 15/2.

Jorge Lorenzo showed flashes of his old self as he led the early laps in San Marino only to crash out and will be keen to do better at a circuit where he has shown good form in the past.

The factory Ducati rider won at Aragon in 2014 and 2015 but has struggled since he traded his factory Yamaha in favour of the Italian manufacturer for this season.

For punters looking for longer odds than Marquez, we’re also going for Lorenzo at 10/1 with our Aragon Grand Prix betting predictions.

Marquez showed his mastery of difficult racing conditions as he splashed his way to victory which drew him level at the top of the points standings with Dovizioso.

The race was always going to be something of an anti-climax with the absence of home hero Valentino Rossi because of a broken leg, but Marquez did not let that faze him.

The Repsol Honda rider has perfected the art of restricting his crashes to practice while keeping both wheels upright during the race. Marquez badly needed a win after a breakdown at the previous round at Silverstone and his patience paid off.

After early leader Jorge Lorenzo had crashed out on his factory Ducati, Marquez stalked long-time front man Danilo Petrucci on the Pramac Ducati before pouncing to take the win.

Dovizioso completed the podium on the factory Ducati ahead of Vinales, Michele Pirro and Jack Miller, who once again showed his liking for the wet in sixth.

Special mention goes to Johann Zarco whose Monster Tech 3 Yamaha ran out of fuel on the final lap and he pushed his bike round the last corner and along the home straight to claim the final world championship point in 15th.