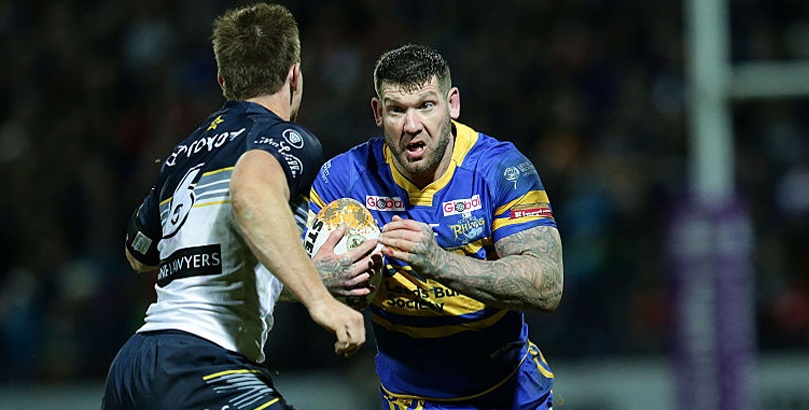 Newly-promoted Leigh had to endure a baptism of fire in Super League when hammered 44-16 at Castleford but we reckon they could find Friday’s clash with Leeds a lot less daunting.

The Tigers are well known for racking up plenty of points at the Jungle, so it wasn’t a surprise when they raced into a 32-0 lead just after half-time, with the Centurions clearly overwhelmed by their opponents’ superior pace all over the pitch.

However, there was plenty to like about the way Leigh’s big forwards made inroads into the Cas defence through the middle at times and that ability to gain ground will stand them in good stead.

Two late tries from Matt Dawson and Danny Tickle should also have boosted morale and coach Neil Jukes quickly promised an improved display against the Rhinos.

“I thought the first 20 minutes were pretty good. We went toe to toe and stayed in it. But our kicking game let us down on too many occasions and then they went up a level,” he said. “We’ve got to get better in certain areas because we have a big game against Leeds. We’ll make sure we’re a lot better.”

Leigh were always expected to need some good results at home to make an impact at this level and it is worth remembering they beat top-flight teams Salford and Huddersfield here in gaining promotion last term, so we believe a handicap of eight points start at 91/100 is a fair advantage.

Leeds coach Brian McDermott was content with his side’s effort in a hard-fought 6-4 defeat at St Helens first time out, as the 2015 champions seek to bounce back from last season’s bitterly disappointing results.

However, he did admit: “I didn’t think we did enough with the ball. If I’m going to be critical, I didn’t think we were inventive enough. I’d give our attack seven out of 10 and I don’t think you can come to Saints and win with that.”

It was also noticeable that Saints marched from one end of the pitch to the other with constant ease and the margin of victory could have been much more emphatic if Rhinos full-back Ashton Golding hadn’t prevented three tries by turning players onto their backs over the line.

Getting Danny McGuire back at stand-off would be a big boost for Leeds, but they still look a touch low on confidence and some of the younger players need to step up a level before the Rhinos can think of challenging for honours again.

If Leigh can put some pressure on in the early stages of this contest, it will really get a large crowd going and the energy generated by that atmosphere can help keep this competitive.