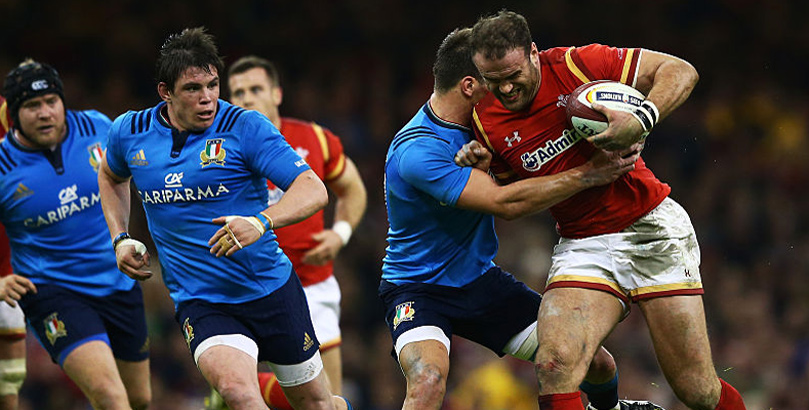 Italy have been hammered by Wales in their last two Six Nations encounters but we are backing the Azzurri to put up more of a fight when these two teams meet in Rome on Sunday.

Those crushing 67-14 and 61-20 defeats both came on the closing weekend, when Italy traditionally struggle due to a lack of strength in depth as injuries take a toll on their limited talent pool.

However, it has often been a different story in the opening round of games, highlighted by a far more respectable 23-15 loss in Cardiff at this time of year in 2014 and last season’s 23-21 defeat in Paris against France, who they actually beat first up in 2013.

Italy also go into this year’s tournament in good spirits following a famous win over the Springboks back in November and the feeling is that new coach Conor O’Shea has already made a big difference during his time in charge.

Adding former Saracens defence guru Brendan Venter to his team can only improve matters further and the vibes coming out of Italy’s training camp have been good.

Talismanic number eight Sergio Parisse will lead out a pack which now has a nice blend of youth and experience, while Exeter centre Michele Campagnaro is fancied to shine in an exciting back line.

Wales assistant coach Shaun Edwards singled out 121-cap veteran Parisse for praise and is certainly expecting a tough test from Italy, who appeal at 91/100 with 11 points start on the handicap market on home turf.

“What’s fantastic about Sergio is that he has got a new lease of life now,” commented Edwards. “You can tell that, under Conor O’Shea, who is a master motivator. You’ve also got Mike Catt and Brendan Venter on the Italy coaching staff as well. These are men to be respected.”

While Italy’s coaching set-up has been significantly upgraded since last year’s competition, Wales must cope without Warren Gatland, who is focusing on this summer’s Lions tour of New Zealand.

Stand-in boss Rob Howley has been predictably cautious in opting to name a very experienced starting line-up in Rome and it remains to be seen whether some of those players still have the legs to sparkle at this level.

The visitors also beat South Africa in November but they were far less impressive in narrow victories over Argentina and Japan and it is hard to forget how poorly they played when caught cold by Australia in the first of the autumn internationals.

Chelsea v Arsenal: Honours even at Stamford Bridge
Jorg Albertz on his time with Rangers and football in China
Author