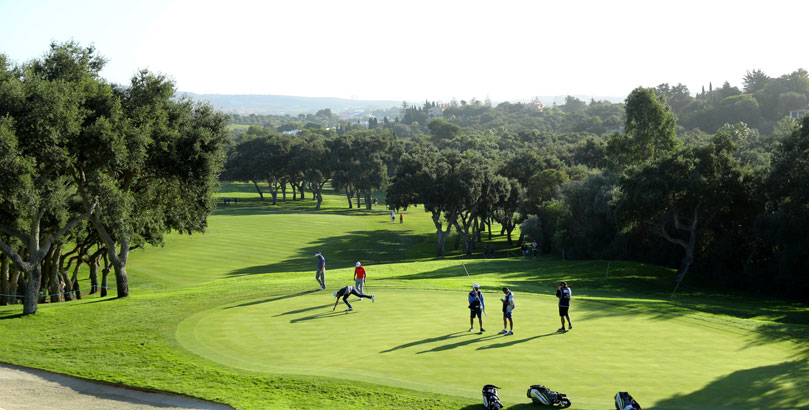 The top 110 players on the Race to Dubai on Sunday evening earn a full card for 2019 and although that means the pressure is well and truly on, last year saw Daniel Brooks finish third to climb from 123rd on the money list to inside the top 100.

And Welshman Jamie Donaldson, who secured the winning point in the 2014 Ryder Cup, also jumped from 118th to 99th on the money list thanks to claiming fourth place, his best result of the season.

Spain’s Sergio Garcia is the defending champion and a 4/1 favourite as he seeks a third victory in the event, the Ryder Cup star having won it in 2011 before it dropped off the schedule for five years.

Garcia, who is also the tournament host, has a brilliant record at Valderrama and comes into the week having defied the doubters and become the top points scorer in Ryder Cup history in Europe’s triumph at Le Golf National, but it is tough to back the former Masters champion at such a short price.

Instead we’ll take some chances on players at far longer odds, starting with England’s Aaron Rai, whose game looks to be a good statistical fit for the tough challenge which a short, tight course like Valderrama presents.

Rai won three times on the Challenge Tour in 2017 to gain instant promotion to the European Tour and after missing four cuts in his first five starts at the start of the new campaign in Hong Kong in November, has found his feet and posted some solid results.

The 23-year-old from Wolverhampton is ranked just 209th in driving distance with an average of 288 yards, but is crucially 21st in driving accuracy and 18th in greens in regulation, two vital skills to have at Valderrama, which is a par 71 measuring just 6,991 yards.

Rai was eighth on his debut last year and can be backed in the each-way market at 50/1.

Just ahead of Rai 12 months ago was Australian Wade Ormsby, who followed his fifth place in Spain with victory in Hong Kong a few weeks later on another tight, tree-lined course.

Ormsby’s stats are not as impressive as Rai’s – he ranks 33rd for driving accuracy – but his price is reflective of that and he is available at a tempting 60/1 each-way.

And finally, having gone on about the need for straight driving and accurate approach play we’ll take a chance on a player whose stats in those categories leave a lot to be desired, but has nevertheless finished 11th and eighth on his two appearances at Valderrama.

Italy’s Nino Bertasio makes up for his long-game inaccuracy with brilliant putting and although his withdrawal from last week’s British Masters with a back problem is a concern, he is worth a small wager each-way at 70/1.

Stay close to the action with the bwin app. Access more markets than any other betting provider and scan our in-depth golf statistics menu to find and make your bet selections fast. Download now the best betting app.