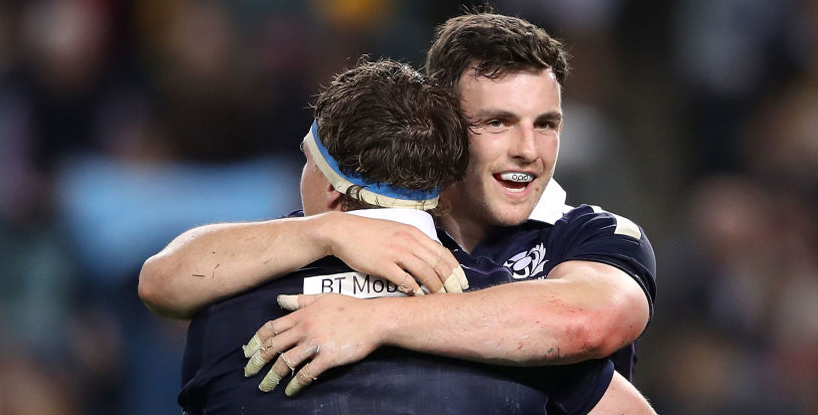 Scotland will go into Saturday’s clash again Fiji on the crest of a wave and are fancied to cope with losing two more key players to the Lions.

Gregor Townsend took charge following a much-improved showing in the Six Nations and has maintained the momentum with two wins on tour.

The Scots brushed aside Italy 34-13 in Singapore and then took their chances to edge out Australia 24-19 in Sydney.

A strong defensive display helped to keep the Wallabies at bay and Townsend’s men appeal at 91/100 to win by more than 10 points in our Fiji vs Scotland betting tips.

Fly-half Finn Russell bagged a try and three conversions against Australia, so to now lose him and prop Allan Dell to the Lions is a blow.

However, Harlequins star Ruaridh Jackson is well equipped to take over the No 10 jersey and help to direct play.

“We’re in a good place and we want to finish the tour on a high,” said the 29-year-old. “We don’t want to let a memorable moment last week turn into nothing; we’ve got to kick on again by winning this game.”

Scotland have tools to thwart Fiji

Scotland’s forwards have really stepped up to the plate of late and they may just have too much technical nous for the more carefree Fijians.

Edinburgh flanker John Hardie said: “We know the threat they pose individually and as a team, so we are looking forward to the challenge.

“We have had two really good wins and that could all go down the drain it we don’t perform this weekend.

“Our goal was to win three games and we have a really good chance of that, but we have to be ready for this game.

“They have world-class players mixed in there and their offloading is a big threat. They will look to play with a lot of energy, so we know what is coming and what we have to do to be on top of the game.”

Fiji can call on some exciting runners and their exploits in the seven-a-side sphere are legendary, but it is harder for such players to cut loose in the modern game.

Scotland also have all-round athletes across the pitch and can put their superior technical know-how to good use.

Serbia U21 vs Spain U21: La Roja to advance in style
Macedonia U21 vs Portugal U21: Go for goals in Gydnia
Author