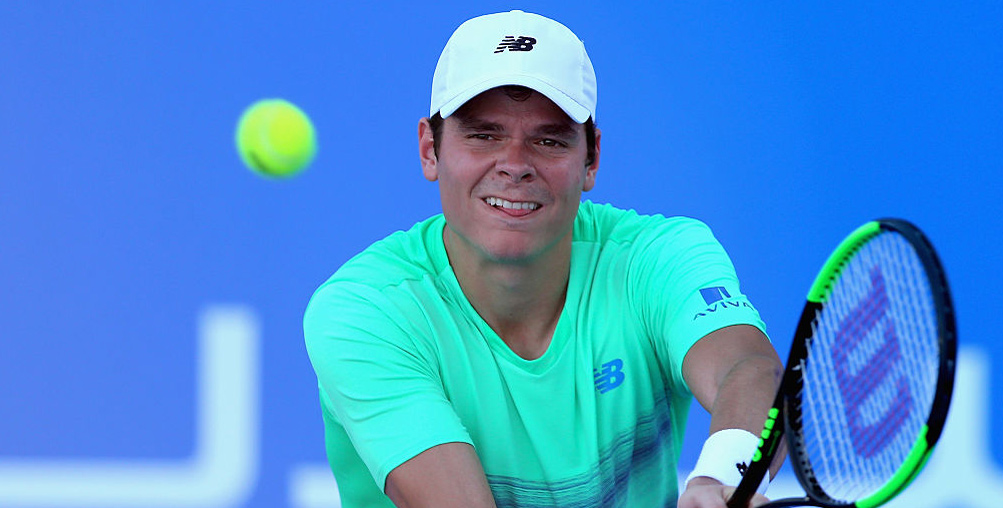 We have three more tips from the ATP Tour event in Brisbane which pays around 7/10 if all three players make it through to the next round.

World number three Raonic starts the defence of his Brisbane International title against Schwartzman, whom he meets for the first time.

The big-serving Canadian has admitted making adjustments to his training programme to avoid the injuries which blighted his 2016 season, putting less stress on his lower body to diminish the risk of another breakdown. Raonic had to withdraw from the semi-finals in both Paris and Beijing last year with leg and ankle injuries respectively.

Raonic beat Roger Federer in Brisbane to win his only title of 2016, but lost to Andy Murray in both the Wimbledon final and the last four of the ATP World Tour finals in November. With an 81% first serve points won record, Raonic clearly has the weapons to defeat Schwartzman, who enjoyed a straight-sets win against Sam Querrey in his opening match.

Schwartzman, one of the shortest players on the ATP Tour, won his maiden title in Istanbul last year and is close to breaking into the world’s top 50 on the back of his superb record of winning 32% of points on first-service returns, the fourth best on Tour last year. However, clay is Schwartzman’s favourite surface and if Raonic sends down bullets on Thursday, the Argentinian will have nowhere to hide.

Hot-headed Dimitrov (above) needs a big year if he is to make a return to the world’s top 10. The Bulgarian won three titles in 2014, but has not won one since. Dimitrov made three finals last year: Sydney, Beijing and Istanbul. In Turkey, he was a set up and serving for the match at 5-2 but suffered a complete meltdown and eventually handed the match to Diego Sebastian Schwartzman with a penalty point for smashing his third racket!

When he’s on form the world number 17 is a great player to watch as he proved in winning at Queen’s three years ago and on paper should have too much for Nicolas Mahut, now entering the twilight years of his career. Mahut, 34, won on the grass at ‘s-Hertogenbosch for the third year in four last season for his fourth title – all on grass.

The players have met four times, with Dimitrov holding a 3-1 lead, although the most recent clash came in 2012 at Queen’s. The other three came in Challenger events on hard court between 2009-11. Mahut did well to come back from a set down to beat Stephane Robert in the opening round, but we think this is where his tournament ends.

World number eight Thiem had an incredible year in 2016, winning four titles in Stuttgart, Nice, Acapulco and Buenos Aires which came on a variety of surfaces. Although his favourite surface is clay, the Austrian proved in Mexico he can win on hard courts.

The Chelsea supporter also reached the ATP World Tour finals where he beat Gael Monfils but failed to progress beyond the round-robin stage. He faced Groth twice last year, winning 7-5 6-2 on the hard courts of Miami and then needing two tie-breakers to win on the grass in Stuttgart, and we fancy him to continue his dominance.