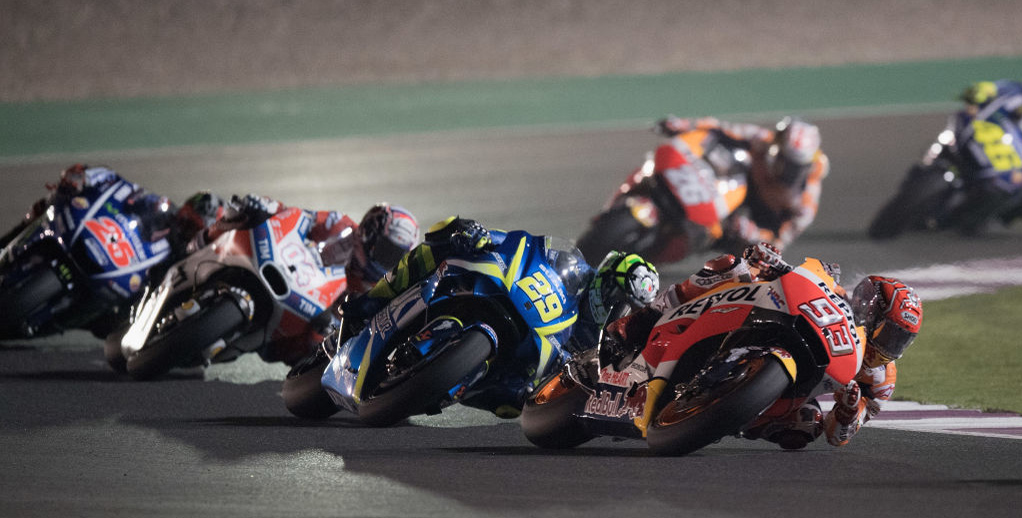 The fine margins which separated Andrea Dovizioso and Marc Marquez in the opening round of the MotoGP title race in Qatar will probably come into play once again in Argentina.

Dovizioso’s Ducati was marginally ahead of Marquez’s Repsol Honda at Losail and there is little to split the two going into round two at Termas de Rio Honda. Marquez is favourite for the race win at 23/20 with Dovizioso priced at 333/100.

The fact the circuit has a longest straight at over 1km in length should suit Dovizioso’s more powerful machine but the rider who takes best care of his Michelin tyres throughout the 25-lap race will stand at the top of the podium.

With the teams still trying to figure out the best tyre combinations this early in the season, the patient approach which Dovizioso is known for and paid dividends as he picked his way through the field to win in Qatar should again reap its reward in Argentina.

As for the rest of the pack they are probably vying for the bottom step of the podium at best which will be frustrating news for Dovizioso’s team-mate Jorge Lorenzo, who is priced at 14/1, Dani Pedrosa (22/1) on the other Repsol Honda and the Movistar Yamaha pair of Valentino Rossi (13/2) and Maverick Vinales (8/1).

The rider with probably the best chance of upsetting the full factory teams and grabbing a spot on the podium is LCR Honda’s Cal Crutchlow (33/1).

The British rider turned pre-season pace into fourth place in Qatar as he starts to repay the faith shown in him by bosses at Honda’s racing department. Crutchlow is receiving full factory machinery this season and will be keen to make the most of his chances in Argentina.

How the Qatar Grand Prix finished

Dovizioso’s narrow victory in Qatar was a warning shot to champion Marquez that he will have to fight all season if he wants to add a seventh world title.

The Italian was Marquez’s strongest challenger last season which saw the title race decided at the final race.

Despite losing by just hundredths of a second in Qatar, Marquez got on the podium to ensure he did not lose too much ground to his title rival who, as with previous wins, took his time to work his way to the front and held a winning if narrow advantage at the chequered flag.

Rossi’s third at Losail again showed there is plenty of fight left in MotoGP’s elder statesman, who recently signed a new two-year deal which will keep him at Movistar Yamaha until the end of the 2020 season.

Fourth went to first privateer Crutchlow who repaid the faith the Japanese manufacturer has shown in him with better machinery for this season with a solid fourth under the floodlights to back up his pre-season pace.

Danilo Petrucci (Ducati) claimed fifth at Losail ahead of Rossi’s team-mate Vinales and Pedrosa on the second Repsol Honda.

Pole setter and new record lap holder Johann Zarco was a disappointing eighth on the Monster Yamaha Tech 3 machine to begin a season where many have tipped him for the title.

Former champion Lorenzo will be concerned by his early crash because of brake failure in Qatar, following mixed pre-season form and a disappointing qualifying performance, on a day when factory Ducati team-mate Dovizioso got his season off to the perfect start.

If there can be a saving graced for Lorenzo it was that the crash was caused by brake failure and was not his fault.

KTM and Aprilia did not muster a single point between them in Qatar.