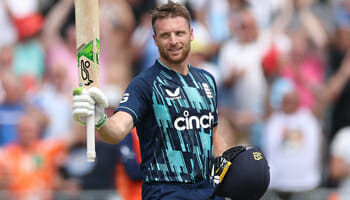 We’re just over halfway through 2022 but a number of sporting world records have already been broken.

Here we have analysed five with the most compelling stories behind them.

One of the most visually arresting disciplines in athletics, the pole vault is also one of the toughest to master.

Since then, Armand Duplantis of Sweden has set four new records, including two at the World Athletics Indoor Championships in March, so far adding another six centimetres to the record.

At just 22 years old and with more competitions still to come this year, we could see him reach further heights.

Continuing with the athletics theme, triple jump records are among the hardest to top. The current men’s world record was set by Jonathan Edwards back in 1995 and until recently the same was true for women.

Another Ukrainian – Inessa Kravets – set a record of 15.50m that same year which stood for over a quarter of a century before Venezuelan Yulimar Rojas broke it by 17cm in 2021.

She has since followed this up by adding another 7cm in March 2022, also at the World Athletics Indoor Championships.

England have taken their batting to new heights in recent months, breaking the world record for most runs scored in a one-day international innings.

The first limited-overs game was played between England and Australia in 1971, with the Aussies coming out on top and setting a benchmark of 191 for future teams to beat.

The record was broken twice in the same match 35 years later. Australia scored a mammoth 434 for four, adding 36 runs to the previous best, only to see opponents South Africa rack up 438 in reply.

That lasted a further 10 years until England’s white-ball revolution, which has seen them break the record three times, most recently by scoring 498 against the Netherlands in June 2022.

Moving from land to water, the women’s 400m freestyle record has been changing hands for over a century but is getting tougher to improve upon.

It took 37 years for someone to cover the distance in under five minutes and another 52 years to take another minute off the world record.

Janet Evans came close to breaking that barrier at the 1988 Seoul Olympics, with her time of just under four minutes and four seconds remaining the world’s best for almost 18 years.

Australian Ariarne Titmus set a new world record in her homeland in May, shaving six hundredths of a second off the previous best, completing the distance almost four seconds under the four-minute mark.

He has followed in the footsteps of another Swedish skating great – Kjell Bäckman – who took over 18 seconds off the record at the 1960 games.

However, later that day, his Norwegian rival Knut Johannesen went another 27 seconds faster to snatch both the gold medal and the world record.

With van der Poel announcing his retirement shortly before his 26th birthday, the world records he has set in both the 5,000m and 10,000m events may stand for some time. 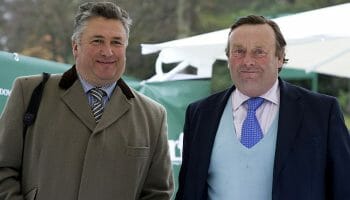