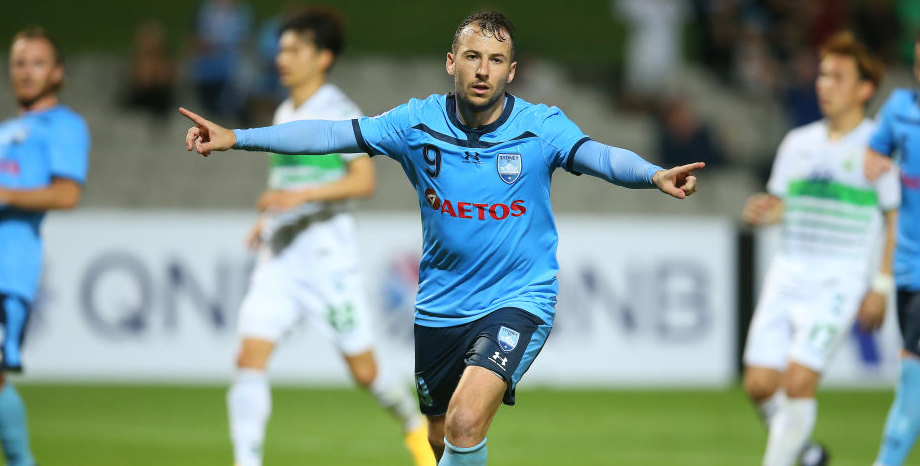 The Australian A-League is carrying on despite the coronavirus pandemic which has swept the globe and one of the highlights of this weekend’s action is the Sydney derby which will be played behind closed doors.

Sydney FC are 10 points clear at the top of the table, but both of this season’s defeats came against their neighbours, for whom Wanderers captain Mitch Duke scored the only goal on each occasion.

However, the league leaders were the better side when they met at the end of February and created most of the chances in a bruising encounter.

That suggests the visitors are good value at 21/20 to exact revenge for our first Western Sydney vs Sydney FC prediction.

The Wanderers can still gatecrash the top six and secure a place in the Finals Series after losing just one of their six games since Jean-Paul de Marigny replaced former Liverpool defender Markus Babbel as head coach on an interim basis.

Four of Western Sydney’s last six games are at the Bankwest Stadium and, although there won’t be any fans to witness their matches, they at least have the advantage of playing at their home ground without having to travel.

The Wanderers have taken four points off the top two in the last few weeks and they dominated the second half in a 1-1 draw with Melbourne City last weekend, when Tate Russell was outstanding.

For those who think history could repeat itself, a third successive 1-0 victory for the hosts against their arch-rivals is 11/1 and a home win is 23/10.

However, we are drawn to the 6/5 on offer for at least one team not to score as the next of our Western Sydney vs Sydney FC betting tips.

That was the case in the two meetings between the teams this season and in six of Sydney FC’s last seven matches overall.

Defending champions Sydney are just three wins away from claiming the Premiership and head coach Steve Corica is determined to take another step towards achieving their goal.

He said: “The first couple of games against them are the two games we have lost, so we have got to try and learn our lessons and take our chances when they come.

“We’ve had plenty of chances in the two games that we’ve played against them and we’re looking forward to another good challenge.”

Adam Le Fondre has been the main man up front this season with a league-leading 16 goals and he has scored in six of his last seven away games.

Look to the former Reading striker to get on the scoresheet on Saturday, but our final pick from the Western Sydney vs Sydney FC odds is for the visitors to win 1-0 at 17/2.

The two meetings between the teams have been tightly contested and we’re expecting a similarly close encounter, even if the onus is on the hosts to attack.

Roosters vs Sea Eagles: Champions to get back on track
ITV horse racing tips: Five selections from Thurles card
Author