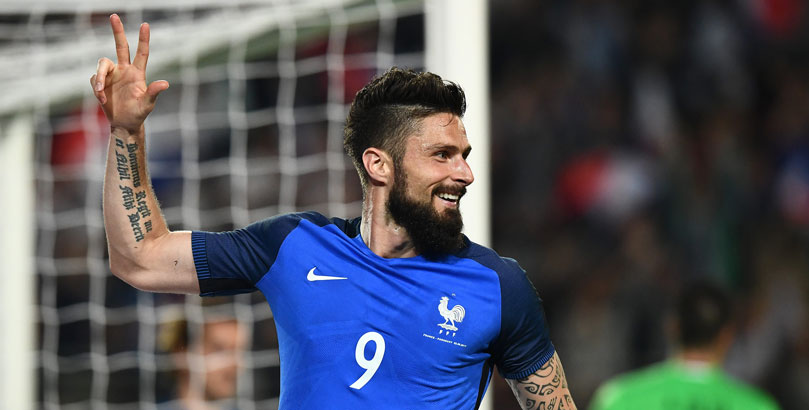 The top two in Group A go head-to-head in Solna when Sweden entertain France in Friday night’s World Cup qualifier and we reckon the visitors can extend their advantage at the summit.

Les Bleus secured a 2-1 success when these teams met at the Stade de France back in November and hold a three-point lead thanks to that victory.

Didier Deschamps has a strong and settled side and we’re kicking off our Sweden vs France betting tips by taking 15/2 for a repeat of that scoreline.

Sweden began their campaign with a decent 1-1 draw against Holland at this venue and have since beaten Bulgaria 3-0 and Belarus 4-0 here.

Mikael Lustig of Celtic and Swansea’s Martin Olsson feature alongside captain Andreas Granqvist in an experienced defence that rarely gives away sloppy goals.

However, while they possess typical Scandinavian qualities of athleticism and a high work rate, we just feel the wow factor is missing, so 16/5 for an away win and both teams to score stands out from the Sweden vs France odds.

France warmed up for this game with a hugely impressive 5-0 demolition of Paraguay, with Arsenal forward Olivier Giroud becoming the first player to score a hat-trick for his country in 17 years.

Tottenham midfielder Moussa Sissoko and Atletico Madrid star Antoine Griezmann also hit the target as Deschamp was able to rest Paul Pogba and Dimitri Payet in the second half.

Reaching the final of Euro 2016 has really boosted Les Bleus’ confidence and they seem to be playing with the swagger that such a quality line-up warrants.

An away win and over 2.5 goals in the game is available at 19/10 and completes our Sweden vs France predictions.