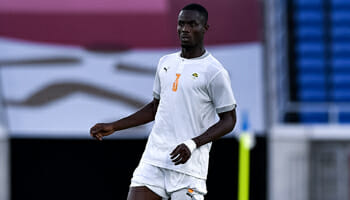 Ivory Coast battled their way through a tough group at the Tokyo Olympics and are fancied to give Spain a stiff test in the quarter-finals.

La Rojita look equally determined to make up for a moderate recent record in this event but have had trouble scoring goals so far.

We like 33/20 for Les Elephants to avoid defeat in normal time for our first Spain vs Ivory Coast prediction.

Spain have faltered since claiming gold on home turf in 1992 and silver in Sydney eight years later but seem fired up to put that right.

After kicking off with a goalless stalemate versus Egypt, Real Sociedad forward Oyarzabal netted late on in a 1-0 win over Australia.

Mikel Merino’s 66th-minute strike appeared set to secure another success versus Argentina but Tomas Belmonte equalised in the closing stages.

La Rojita are a short price to prevail here judged on that form and we prefer Spain vs Ivory Coast odds.

Ivory Coast have a nice blend of youth and experience in their squad, perfectly epitomised by Manchester United duo Eric Bailly and Amad Diallo.

Max Gradel and Franck Kessie are other overaged players who help to give Les Elephants a strong spine and most of the youngsters already ply their trade in Europe.

Soualiho Haidara’s side kicked off with a 2-1 triumph over Saudi Arabia, with AC Milan midfielder Kessie grabbing the winner.

A goalless stalemate with Brazil set things up nicely for a crucial clash with Germany and a 1-1 draw at this stadium was good enough for second place in the pool.

Five of the six group-stage games involving these teams have been 0-0 at half-time and 7/4 for that to happen again here is added to our Spain vs Ivory Coast betting tips.