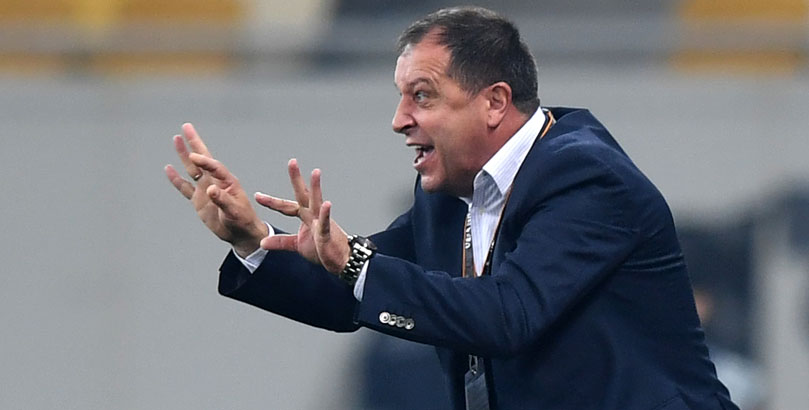 Shakhtyor and Neman go into the contest at Stroitel Stadium on the back of one win and one defeat to start their Vysshaya Liga campaigns.

At least one team has failed to score in 12 of Shakhtyor’s last 18 home league matches, while the same can be said in 11 of Neman’s last 13 league matches.

We are backing the home side to come out on top and win to nil at odds of 87/100 and that is our opening Shakhtyor vs Neman prediction.

Soligorsk started with a 1-0 home defeat to Zhodino before prevailing 2-0 at Gorodeja thanks to goals from Giorgi Diasamidze and Dmitriy Podstrelov to move up to eighth in the table.

We expect Shakhtyor to get back to winning ways at home in a match where one team failing to score has become a theme which has ran through this fixture for the last 10 years.

The hosts have been strong in this match-up over the last decade, having not tasted defeat at home in their last 11 clashes.

Shakhtyor have won seven and drawn four of those contests and have only conceded two goals in that time, keeping nine clean sheets.

It has been a low-scoring affair, with only three of those matches seeing three or more goals, so a home win and under 2.5 at 9/5 is appealing when looking at the Shakhtyor vs Neman odds.

Like their hosts, Neman started the Vysshaya Liga with an opening 1-0 defeat at Isloch Minsk before bouncing back with a 2-0 win at home to Vitebsk.

Gegam Kadimyan scored his first goal for the club since joining from Armenian outfit Alashkert before defender Giorgi Kantaria wrapped up the victory with a second-half penalty.

Neman, who finished 10th in the table last season, are only above Shakhtyor on alphabetical order but will want to sort their poor away record with just one win in their last eight in the league – dating back to last season.

Three of their last four away league games have also seen more goals in the second half, while four of Shakhtyor’s last five home matches have gone the same way.

We will be adding bwin’s generous price of 23/20 for the second half to have the most goals to complete our Shakhtyor vs Neman betting tips.