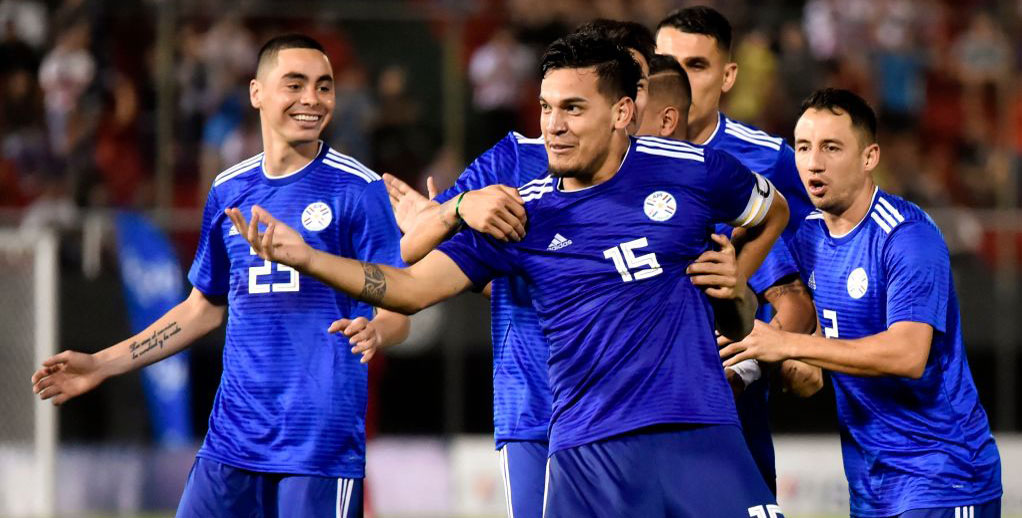 Paraguay are looking to get off to a winning start when they kick off their Copa America campaign against 2022 World Cup hosts Qatar at the Maracana.

The Asian side will make their first appearance in the competition after accepting an invitation from CONMEBOL last year – alongside Japan – for the 2019 edition.

Both teams will be desperate to claim three points in their opening game of a difficult Group B, which also includes Argentina and Colombia.

The two teams come into the match on the back of differing form, with Paraguay enjoying a 2-0 win against Guatemala last time out while Qatar lost by the same scoreline in a pre-Copa America warm-up to tournament hosts Brazil.

However, that does not paint the full picture as that was Los Guaranies La Albirroja’s first international triumph since October 2017, while it was the first time Al-Annabi had not won a match in 2019.

Despite Qatar claiming a 2-0 victory in the only head-to-head clash between the two nations back in 2009, we are favouring the South Americans to come out on top at 13/20 as our first Paraguay vs Qatar prediction.

Paraguay have had their troubles in recent history, winning just one of their last eight matches and losing five.

The first of those defeats came in the final World Cup qualifying match to bottom-of-the-table Venezuela in a shock 1-0 loss. Victory would have seen them clinch a play-off against New Zealand, which Peru won to book their place in Russia.

The rest of the seven-match winless run came in international friendlies, which has seen the team heavily rotated between games.

One match of note, however, is the 4-2 defeat against Japan in Austria, but Paraguay tend to step it up in time for the Copa America.

They were winless during the Copa America Centenario in 2016 – picking up just one point from their three group games – but Los Guaranies La Albirroja finished fourth the previous year and lost in the final to Uruguay in 2011.

The Guatemala result was their first clean sheet since a 3-0 win at Chile in August 2017 so we’re adding Juan Carlos Osorio’s side to win and both teams to score to our Paraguay vs Qatar predictions at 15/4.

A Look At Qatar’s Betting Odds

The 2022 World Cup hosts come into the competition in a great vein of form after clinching their first ever trophy at the Asian Cup in February earlier this year.

They had not progressed further than the quarter-finals in their previous nine appearances in the competition and lost all three of their group matches in the 2015 edition in Australia.

But Qatar were a dominant force this time around and eased to glory with a 3-1 victory over Japan in the final to make it seven wins from seven games.

That was the only goal they conceded in the whole competition as Qatar went on to score 17 from their seven matches, with striker Almoez Ali breaking the record for the most goals in a single Asian Cup tournament with a total of nine.

Almoez is set to lead the line once again in Brazil and is an obvious goalscoring threat, while Qatar have shown they can score against some of the top teams in world football with victory over Switzerland and two score draws with Iceland in recent years.

With this in mind, over 2.5 goals can be backed at 7/5 in the Paraguay vs Qatar odds and looks good value.