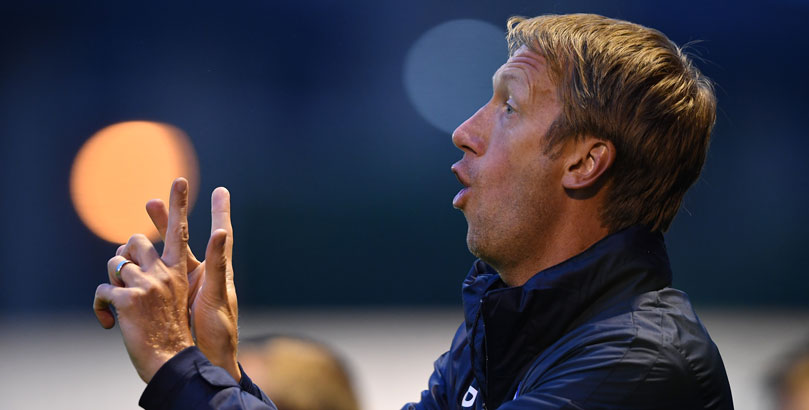 Brighton and Norwich meet for the first time in the Premier League with the sides heading in opposite directions.

The Seagulls posted a second successive home win when a Lucas Digne own goal handed them a 3-2 victory over Everton.

City’s 3-1 defeat to Manchester United left them winless in five so a home triumph at 4/5 is our opening Brighton vs Norwich prediction.

After suffering stoppage-time heartache in losing 2-1 at Aston Villa, it was Brighton’s turn to celebrate a late winner this week.

Pascal Gross’ fantastic free-kick put the Seagulls in front but Adam Webster’s own goal and substitute Dominic Calvert-Lewin’s cool effort looked to have earned the Toffees a first away win since March.

Albion striker Neal Maupay equalised in contentious fashion 10 minutes from time with the first Premier League penalty awarded with the use of VAR.

Digne then slid home a cross from substitute Leandro Trossard in the fourth minute of added time as the Seagulls snatched all three points.

Boss Graham Potter said: “I think we’ve played better and not got anything. The spirit and personality of the players, which we’ve known has been there, shone through.

“It’s hard to turn a Premier League game around when you’re 2-1 down but they kept going. They found an answer, found a way. Maybe had a bit of luck but you need that to get three points in the Premier League.”

Albion have netted three times in their last two home games and will fancy their chances of more against a Norwich defence which is the second-worst in the top flight.

But we expect this to be a low-scoring contest so, looking at the Brighton vs Norwich odds, we are snapping up 31/10 for under 1.5 goals.

Brighton will have midfielder Aaron Mooy available after he served a one-match ban. Defender Bernardo and winger Jose Izquierdo (both knee) remain unavailable.

Norwich went down to Manchester United at Carrow Road, with the visitors also having two penalties saved by Tim Krul.

Daniel Farke’s side remain second-bottom on seven points but this game and next week’s visit of Watford are two fixtures which could have huge implications for their season.

Rashford made it 2-0 and Anthony Martial, who also had a penalty parried by Krul, added a third before substitute Onel Hernandez scored a late consolation.

Hernandez, who became the first Cuban to score in the Premier League, told the club website: “The goals we conceded weren’t very good.

“We are not in the Championship any more, we are in the Premier League. Every chance we have, we have to take it. If you don’t, the other team will take their chance.

“We have to stick together and work hard because we want to stay in this league. We have to fight for that.”

Norwich gained a goalless draw at Bournemouth on their last road trip and this has the feel of another tight tussle.

We will round off our Brighton vs Norwich betting tips by backing a 1-0 home win at 33/4.

Farke has declared Krul fit after he suffered a knock to his knee during his impressive performance against United.

Hernandez could miss the trip as he awaits the birth of his child, Todd Cantwell (hamstring) and Ibrahim Amadou (knee) are doubts, while Mario Vrancic will miss out through illness.

Man City vs Southampton: Blues to ease past Saints again
Arsenal vs Wolves: Wanderers to raise their game yet again
Author