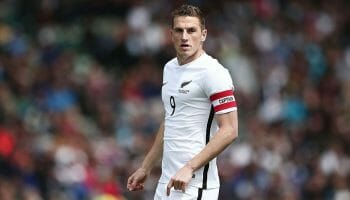 Northern Ireland are set to be without a number of key players for Friday’s international friendly with New Zealand and that could make the All Whites worth taking a chance on.

The Kiwis are no mugs and we’re kicking off our Northern Ireland vs New Zealand betting tips by taking 5/4 for the visitors to avoid defeat.

Michael O’Neill will be more than happy with how Northern Ireland’s World Cup qualifying campaign is going, with 10 points from five games enough to secure second place behind runaway Group C leaders Germany.

March’s 2-0 defeat of Norway was a third straight Windsor Park win and they have also drawn 0-0 with the Czech Republic in Prague.

Last November’s 3-0 home loss to Croatia highlighted how standards can drop for friendlies, though, and O’Neill is not blessed with a huge amount of strength in depth to cover those senior players missing.

Looking at the Northern Ireland vs New Zealand odds, 5/2 for a draw takes the eye.

New Zealand are set to compete in a play-off to try and advance on the road to Russia after brushing aside New Caledonia and Fiji in round three of the Oceania qualifying section.

Anthony Hudson’s side are also currently preparing for the Confederations Cup and may not be outclassed there judged on last October’s friendlies, when drawing 1-1 with the USA in Washington and losing 2-1 to Mexico in Nashville.

Goals can be scarce when both these teams play, but let’s go with a 1-1 scoreline at 25/4.