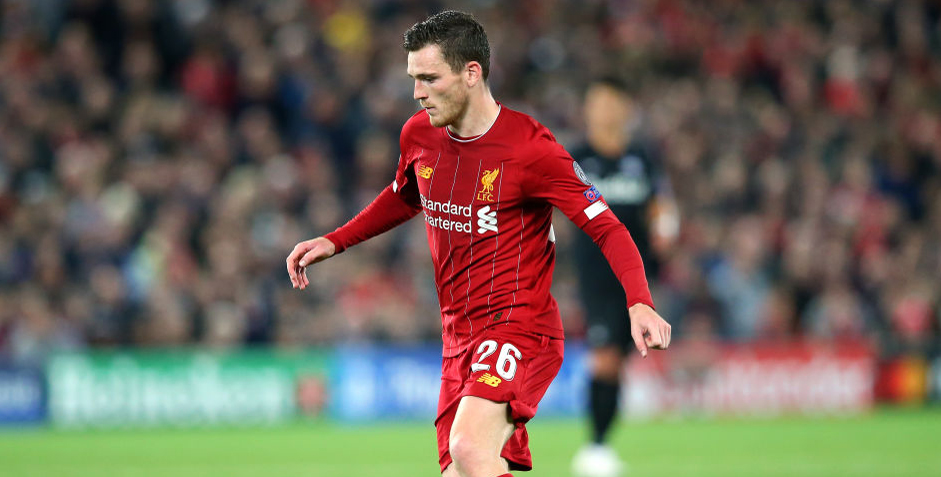 Manchester United are the only team to have taken a Premier League point off Liverpool this season and usually command respect in this fixture.

The Red Devils lost 3-1 at Anfield last season, but hadn’t been beaten on four previous visits in England’s top flight, with only one goal conceded during those games.

Recent league form also points towards this being a low-scoring contest, so 6/5 for under 2.5 goals in the game is our initial Liverpool vs Man Utd prediction.

Liverpool moved 14 points clear at the top of the table when Roberto Firmino’s 37th-minute strike proved decisive in a 1-0 victory at Tottenham.

The Reds had to ride their luck late on in London, but had 67 per cent of possession overall in another convincing display.

In amassing 61 points from a possible 63 over the first 21 matches of the campaign, Liverpool have now made the best ever start to a season in any of Europe’s top five leagues.

Andrew Robertson commented: “Maybe sometimes we’ve made it look easy, but believe me it’s not – it’s so hard to perform against every team that wants to beat you.

“The longer the run goes on, the more everyone wants to beat you.

“We don’t take anything for granted. We are not celebrating that we are champions.

“We are just celebrating a nice win. Long may that continue and then in May maybe we can start to celebrate.”

Last season’s near miss has really spurred Liverpool on and this will be seen as another major obstacle to overcome in ending a 30-year title drought.

Eight of the Reds’ last nine wins in all competitions have been to nil and 7/5 for a clean-sheet victory here stands out from the Liverpool vs Man Utd odds.

United were the better team when these sides met at Old Trafford in October, with Marcus Rashford’s first-half opener only cancelled out by Adam Lallana late on.

The Red Devils will take heart from that and some of their past efforts at Anfield, but it still isn’t hard to pick holes in this season’s exploits.

Ole Gunnar Solskjaer’s men were outclassed by neighbours City in the EFL Cup recently and their Premier League away record is moderate at best.

A 2-0 defeat at Arsenal on New Year’s Day was their fifth loss on the road in this competition, all of which have come without scoring a consolation goal.

Add on the fatigue factor of having faced Wolves in a midweek FA Cup replay and this looks like a tall order for the visitors.

Rashford, Anthony Martial, Daniel James and Mason Greenwood are all exciting front men, but how much service they will get from a midfield lacking creativity is a big concern.

Liverpool are expected to overrun United in that department from the outset and have been ahead at half-time in their last eight top-flight fixtures.

Let’s finish off our Liverpool vs Man Utd betting tips by taking 11/10 for the Reds to lead at the interval and full-time here, plus 29/10 for a home win and under 2.5 goals.

Rashford is unlikely to feature for United after aggravating a back injury in the 1-0 cup win over Wolves. Luke Shaw (hamstring) is a doubt and Eric Bailly is unlikely to be risked, while Marcos Rojo remains absent.

West Ham vs Everton: Toffees are rated percentage pick
Newcastle vs Chelsea: Another away win for Blues
Author

Brighton vs Man Utd: Close encounter on the cards

West Brom vs Chelsea: Blues just too hot for Baggies

Crystal Palace vs Everton: Go for another Selhurst stalemate