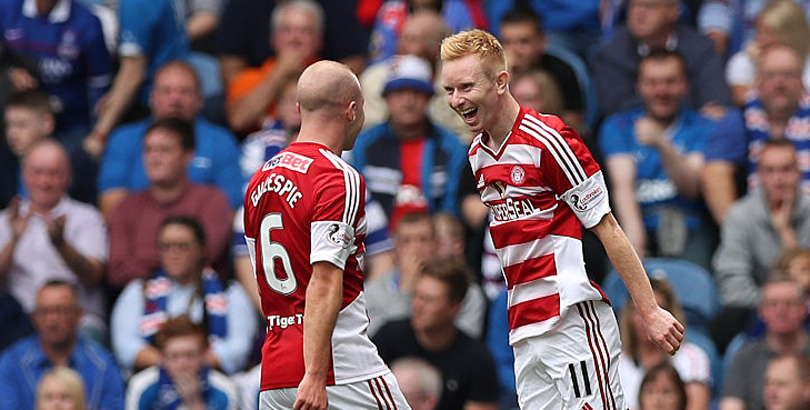 Hamilton can climb off the bottom of the Scottish Premiership table if avoiding defeat at home to Aberdeen and we reckon 13/10 for the Accies to pick up at least point from Tuesday night’s game is a value bet.

Martin Canning’s side have already beaten the Dons 1-0 at New Douglas Park earlier this season and secured a 1-1 draw against them here last term.

A Look At Hamilton’s Betting Odds

Hamilton suffered a second straight league defeat when going down 2-0 at Celtic on Saturday but there was certainly no disgrace in that display, with the visitors putting in a disciplined, well-organised and spirited performance against the runaway leaders.

Moussa Dembele eventually ended Hamilton’s resolve with a superb solo effort and added a second from the penalty spot, but Canning declared: “I was really pleased with the players’ attitude, they worked hard. They’ve competed with the best team in the country and the concentration levels were great. There were positives to take into Tuesday’s game against Aberdeen.”

Hamilton have generally been solid and dependable at home this season, losing just four of 13 league games at this venue, with two of those defeats coming against Celtic and Rangers, when they were going well in mid-December, so 11/4 for the Accies to claim a share of the spoils with Aberdeen is a fair price in our book.

Aberdeen made it 10 wins from their last 11 league and cup games when edging out Ross County 1-0 at Pittodrie on Saturday, a result which pushed them nine points clear of Rangers in the race to finish best of the rest behind Celtic, who are the only team to beat the Dons during their current good run.

However, quite a few of those victories have been workmanlike, rather than spectacular, and the Dons did not create many clear-cut openings over the weekend, with Derek McInnes admitting: “There’s no doubt we deserved to win, but it was difficult to get any flowing rhythm.”

This has all the makings of another tight tussle in which defences could be on top, so we’re taking 4/5 for there to be under 2.5 goals in the game, as has been the case in their last couple of meetings at this venue.