Celtic enjoyed a fine Champions League victory over KR Reykjavik in midweek and are also expected to ease past Dundee United in the Scottish Premiership.

The Terrors have shown great spirit since returning to the top flight but we fear this televised clash may provide them with a reality check.

Punters can get 4/5 for an away win to nil and that is our opening Dundee Utd vs Celtic prediction.

Micky Mellon’s side trailed after half an hour at Global Energy Stadium but hit back through Peter Pawlett and Nicky Clark.

Mellon has been happy to put his faith in young players, with 20-year-old full-back Kieran Freeman the latest to make his Premiership debut.

“The youth in the team is fantastic,” said the manager. “The effort, endeavour and talent they showed was terrific and we’re pleased to dip into a fantastic academy.

“We gave people first starts in the Scottish Premiership and they just got on with it, along with the experienced boys who know the standards of the football club.”

That is an admirable attitude from Mellon, but taking on the champions is a big step up in class.

Celtic have only had a couple of domestic matches so far, crushing Hamilton 5-1 at home before drawing 1-1 at Kilmarnock.

However, Tuesday’s 6-0 rout of Reykjavik should have helped to blow away any cobwebs, with Mohamed Elyounoussi starting and finishing the scoring.

Christopher Jullien, Greg Taylor and Odsonne Edouard were also on target, while the Icelandic side scored an own goal through defender Arnor Adalsteinsson.

Neil Lennon said: “Lot of positives, sets up nicely for the weekend and the next round. It was a good night’s work.

“It was important to try and increase the intensity, so they should get a benefit from that.

“The 10 days off didn’t help and we only had two competitive games before this game, whereas a lot of other teams have had four or five, so we’ve got a little bit of catching up to do.”

The Hoops have been starting fast in matches this term, netting opening goals after 20, 11 and six minutes.

Let’s add 12/5 for them to be leading after a quarter of an hour at Tannadice to our Dundee Utd vs Celtic betting tips. 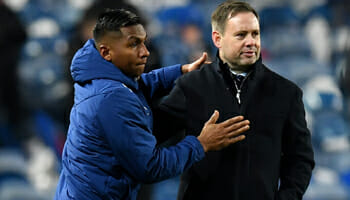