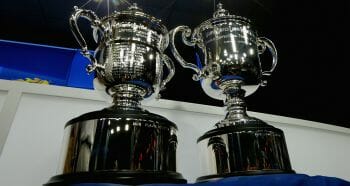 It’s hard to see quite why Angelique Kerber is 53/100 to beat Karolina Pliskova in the US Open final.

This being her third Grand Slam final this year, after victory in Melbourne and defeat at Wimbledon should be enough to see her shade favouritism, but there are persuasive reasons as to why Pliskova has been underestimated in the betting at odds of 29/20.

Exhibit A is her head-to-head record against the German, who she only trails 3-4 in all-time meetings, despite being four years younger.

She has won three of her last five face-offs with the world number two, all of which went down since the beginning of 2014, including their most recent.

That most recent success leads us neatly to exhibit B, the Czech’s stellar recent form.

Of the last seven tournaments the world number 11 has contested, inclusive of the US Open, she has reached the final on four occasions, winning two of three finals.

Most telling, with regards to the contest to come, is her most recent triumph at the Cincinnati WTA, where she beat three top ten players in succession to take the laurels.

Svetlana Kuznetosova, Garbine Muguruza-Blanco and Kerber herself were the women in question, with Pliskova bouncing her the foe she’ll face at Flushing Meadows in the final for the loss of a mere three games.

This is not to deny the fact that the German is ominous nick too, with this encounter both her third straight tournament final and her first straight Slam decider.

However, she has also now lost her last three championship matches in succession.

Against an opponent who has already proved her Grand Slam mettle by seeing out a second set tie-break to beat Serena Williams in the semis, she shouldn’t be 53/100.