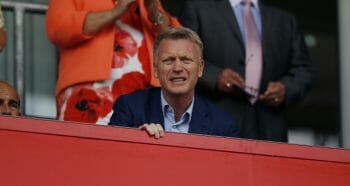 * Tottenham are undefeated in 12 matches against Sunderland

* Spurs have conceded 15 goals in their last 20 home matches

A look at Tottenham’s betting odds

Spurs have lost only one of their last ten home league games and enter this fixture in contrasting form to visitors Sunderland.

David Moyes’s team, who haven’t beaten Tottenham in any of the last 12 attempts, are in defensive disarray. They are without a league win in five, while Spurs should be in high spirits after their 4-0 thrashing of Stoke City a week ago. The Tottenham v Stoke odds heavily favour a home win, at 7/25.

The defeat to Monaco in midweek may leave some tired legs, but it is still very difficult to look past Spurs for this one. Harry Kane’s first ever goal in the opening two months of a league season should begin another purple patch for the England striker, whilst Dele Alli, Christian Eriksen, and Son Heung-Min are all playing with confidence. Kane to score any time looks a good bet at 17/20.

A look at Sunderland’s betting odds

A 3-0 defeat at home to Everton has put Sunderland in deep trouble. Only Burnley have made fewer tackles than Sunderland’s 14.3 per match this season, while their 69.9% pass completion rate is lower than all but West Brom’s. These statistics point to a serious deficiency of quality in all areas.

Jack Rodwell and company were easily overrun by Gareth Barry, Idrissa Gueye, and Ross Barkley in central midfield last weekend, and given that Spurs love to attack through the middle of the pitch and have the driving force of Mousa Dembele available again after suspension, Sunderland should crumble again. Over 3.5 goals at 7/4 looks like the best Tottenham – Stoke betting opportunity.

The visitors are not much better in attack. It seems unlikely that Adnan Januzaj will recapture his best form against the strong midfield pair of Victor Wanyama and Eric Dier, while Jermain Defoe should struggle against one of the country’s most organised defences. Spurs have only conceded 15 goals in their last 20 home matches.