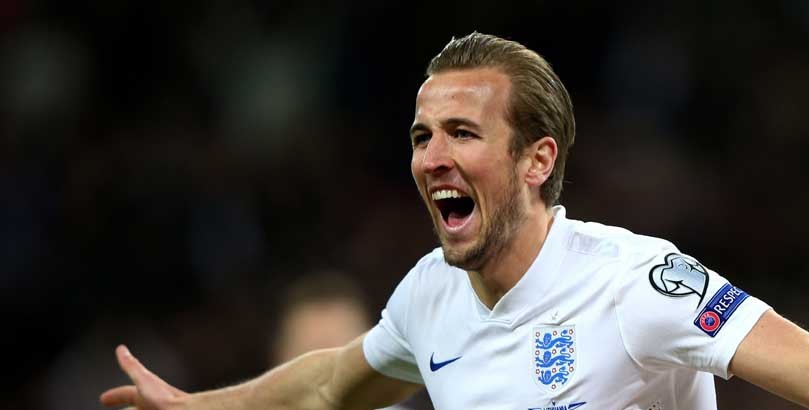 Only Neymar has a better rate of last season’s top 11 scorers across Europe’s four major leagues, leaving the rest in his wake on a staggering 0.69.

Detractors will point out that Kane has done this having played only six games for England, with those caps coming against lower-ranked opposition.

The 22-year-old has found the net for the Three Lions against minnows Lithuania and San Marino and the more respectable Switzerland.

Those questioning the Spurs man need only look to the 21 goals he scored last season, making him eighth in our list of strikers, and this, coupled with his international record, should guarantee him a place on the plane for Euro 2016.

Kane bettering last season’s heroics and topping the scoring charts is priced at 10/1.

Neymar leading the way, and by quite some distance, may come as a surprise to some, but the Brazilian star consistently performs when representing his homeland.

The Barcelona man has scored 46 in 67 for the five-time World Cup winners, including four as they won the 2013 Confederations Cup, with Neymar being the leading light of that tournament.

Elsewhere in our study into international strikers, the case of Diego Costa is particularly interesting.

Alongside Carlos Tevez, the Chelsea star was joint-tenth top scorer across the continent’s top leagues after notching an impressive 20 strikes last season.

However, internationally it’s just not happening for him, with only Mauro Icardi, a one-cap wonder for Argentina, possessing a worse goals-per-international-games ratio, as the Inter forward is yet to score.

Costa’s one goal in nine appearances for Spain leaves his total at 0.11 and, if you were to include his two pre-defection games for Brazil, where he failed to score, this number goes down to a miniscule 0.09.

Dan is a new face at bwin, joining in 2015. He is one of the few Walsall fans in existence, following the Saddlers even during their dark days in League Two. His loyalty to his football club is only matched by his loyalty to WWE despite most people outgrowing it many years ago.