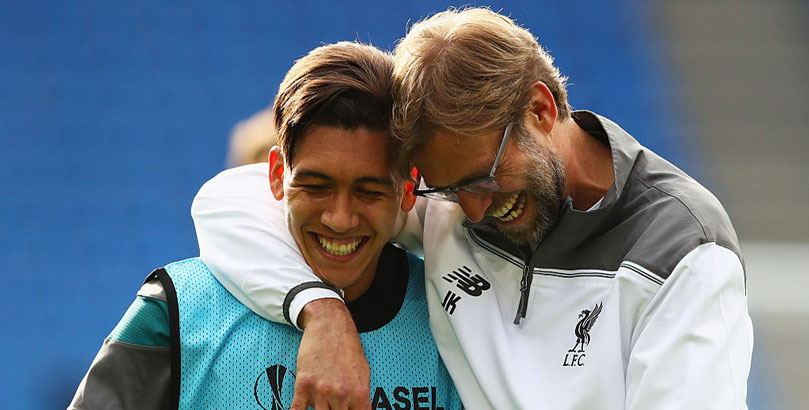 What Trueform says for Liverpool vs Stoke

Liverpool may well be distracted by their Champions League ties with Roma when taking on Stoke but should have enough in hand to still prevail at Anfield.

The Reds have won their last five head-to-head Premier League meetings, including a 3-0 victory on the road towards the end of November.

Jurgen Klopp will be keen to get maximum points wrapped up nice and early, so 87/100 for his side to lead at half-time and full-time is the first of our Liverpool vs Stoke betting predictions.

Liverpool left The Hawthorns frustrated in their last domestic clash, blowing a 2-0 lead by conceding a couple of late goals to West Brom.

Klopp accepts the decision to make five changes affected the fluency of his side against the Baggies.

However, Danny Ings’ first goal in 930 days and Mohamed Salah’s 31st Premier League strike of the season should have been enough to claim victory.

Liverpool’s old defensive frailties resurfaced as Jake Livermore and Solomon Rondon netted from set-pieces, so the Reds will be wary of giving Stoke similar chances.

Virgil van Dijk admitted words were said in the dressing room after the late collapse, declaring: “The way we conceded those goals is something to be angry about.

“We need to be honest with ourselves and everyone was. We need to do better. You have to tell each other the truth, you cannot be nice and happy when we want to achieve so much as a team, as a club.”

Those comments suggest the Reds will be fully focused on clinching a top-four spot here.

Looking at the Liverpool vs West Brom odds, we like 5/4 for Klopp’s side to secure a fourth straight league win to nil on home turf.

Stoke’s winless run stretched to 11 games when they could only draw 1-1 at home to Burnley, a result which left them four points from safety with only three matches to play.

Badou Ndiaye gave the Potters an 11th-minute lead but they were left to rue a bad miss by Mame Biram Diouf when Ashley Barnes equalised in the second half.

Ryan Shawcross is hoping Liverpool are below par, stating: “Obviously, they’ve got two massive games in the Champions League, we’re sandwiched in between that, so hopefully their focus is away from our game.

“We’ve got to win all three. It’s difficult but it’s not mathematically impossible yet, so we go on fighting and we carry on hoping to pick up those three points.

“Football’s a strange sport and it throws up these surprises.”

We still think the Reds can prove a class apart even if Klopp rotates his squad, though, so 13/2 for a 2-0 home win completes our Liverpool vs Stoke betting tips.