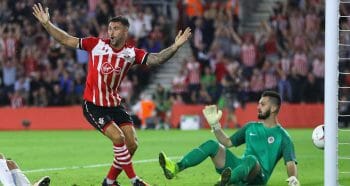 A Look at Southampton’s Betting Odds:

At 21/10, Southampton must be the bet of the weekend against a Chelsea side who remain sketchy on their travels.

Saints go into this one chasing a sixth straight home win, with a Sam Vokes penalty the only concession across this run. They haven’t shipped more than two goals in any home game so far, so backing under 1.5 Chelsea goals is a must at 3/5.

However, four of the five sides defeated on Southampton’s hot streak in front of the faithful went down without scoring at all, increasing the value in the 4/1 about another win to nil for Claude Puel’s clan.

A Look at Chelsea’s Betting Odds:

The optimism generated by the Blues’ 4-0 thrashing of Manchester United last week was dashed by a 2-1 loss at West Ham in the EFL Cup.

It was Chelsea’s fourth failure to win from six road games this season and it seriously undermines their 7/4 favouritism here.

Alternatively, if you’re convinced betting against Antonio Conte’s men is a bad move, back them to score more goals in the second half. Only two of their eight scored away from Stamford Bridge this season have come before the interval.

More second half strikes for the visitors is available at odds of 6/4.