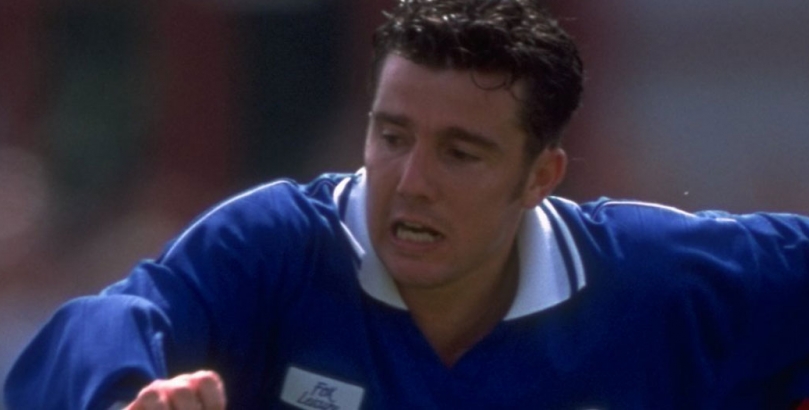 Muzzy Izzet enjoyed a successful career in English football, most famously with Leicester City, where he spent eight years, winning promotion to the Premier League and two League Cups. He also represented Turkey at both Euro 2000 and the 2002 World Cup.

Today Izzet talks to bwin about Leicester City’s fantastic title run and the transformation of the club, Birmingham City’s promotion push and Turkey’s chances ahead Euro 2016.

On Leicester City – “The spirit of this team is reminiscent of my time under Martin O’Neil.”

“Overall, the current squad with the camaraderie and team spirit is reminiscent of my time at the club back when Martin O’Neil was manager.

“I loved my time at the club but, unfortunately, because we were relegated in 2003/4, they couldn’t afford to keep me. I had to leave but it was a great period of my life, I had great memories and I owe them a lot.

“People forget that Leicester went in to League One and have come back to top of the Premier League – it’s a remarkable story and people in the City can’t believe it.

“There were murmurings when Claudio Ranieri was brought in that he wasn’t the right man but he has completely proved us all wrong, he’s taken the team to another level.

“Nigel Pearson, during his time King Power Stadium, had a great backroom staff and turned things around, which I witnessed when I worked at the club as a youth coach.

“Everything at there is state of the art now, the fans are really embracing the team, it’s a real family club.

“Ranieri has brought a solidity and structure to the team and although we’re known as a counter-attacking team with Jamie Vardy and Riyad Mahrez, we’ve got players like N’golo Kante, Marc Albrighton and Danny Drinkwater who join them in working so hard to snuff out the opposition.”

On Leicester City’s transformation into title contenders – “it’s making a mockery of the big spenders.”

“I think Leicester are making a mockery out of the bigger teams in the league who are spending all this money on top class players.

“For a while now the Premier League clubs have been paying two or three times over the limit and I think it’s now showing that a good scouting system with Steve Walsh can provide a club with a fantastic group of players.

“I think scouting in this country has evolved to such an extent that the grass root scouting, going to games and watching a player first hand, is dying and it’s great to see clubs such as Leicester still doing it the right way – they’re reaping the rewards for their process.

“I think Leicester’s last two big games against City and Arsenal showed that they’re ready to win the title. There was only one team in the City game and they were relatively comfortable at the Emirates until Danny Simpson got sent off.

“They’ve set themselves up against the big teams, they’re rigid, hard to break down but have a devastating counter-attack which can hurt anyone. They also save a lot of energy by shunning a high press, instead sitting deep and soaking up pressure.

“I believe the number of games left will play its part in the title run in as all their title challengers have over 20 games left across multiple competitions, whereas Leicester can focus completely on the league and give the players a good rest.

“The next few games are absolutely crucial because they are against teams that they should be beating, but now everyone will be turning up to spoil the party.

“Arsenal and Manchester City will slip up as they’ve got too many games in a short space of time and Leicester are under no pressure whatsoever, so I’m going for the Foxes to win the league.”

Ranieri’s side are currently 11/4 third-favourites in the Premier League title betting.

On Birmingham City, Villa and Saturday football – ‘once I was getting kicked up in the air, I’d had enough’.

“The Championship is very difficult to get out of as every team takes points from each other, so I can’t see why Birmingham City can’t get promoted.

“Their Birmingham rivals Villa have struggled massively this season but they have been in and around the relegation zone for the last three years, narrowly escaping each time.

“Once I hung up my boots at Birmingham, a friend of mine, who was the manager at Thurmaston Town, asked me to play for them. He’s a builder and did some work on my mum’s house so as a thank you I played a game for them.

“It was an absolute mud-bath and everyone was trying to snap my leg in half so I’d had enough and only played for one game.”

“I would put it down to pitches, which are now designed not to get waterlogged, to be easily maintained and to look good on TV and as a result, they’re very hard pitches.

“The players are having problems because the pitches are too hard to play on.

“When I was training at Birmingham City, the training ground pitches were more forgiving compared to the stadium pitch, so I’d always feel it more when I played in matches.”

On playing at Euro 2000 and the current Turkish squad – “the first game is vital for Turkey’s chances of getting out the group.”

“It was a fantastic tournament, with a fantastic atmosphere in Belgium and the Netherlands. You only dream as a young boy of playing in the tournament that you watch on the TV and it’s a real special moment.

“Looking at Turkey’s group, it’s a very tough ask to get out of it with Spain, Croatia and Czech Republic fighting for the three spots. To be honest, it will be between them and Croatia for that third spot – if the Turks can win the first game then they can nick it.

“The Crescent-Stars are a technically-good team, it’s the way they develop their players from an early age and they could be a surprise package and get out of the group.

“Arda Turan is an exceptional player and Turkey will rely heavily on him to creates chances.

“Burak Yilmaz who plays in China now will lead the line, he was the top scorer in qualifying – those are the two players to watch out for.

“With the coach Fatih Terim, they’ve also got a manager who has been there, seen it and done it and knows all about the players and the tournament so there is a good amount of experience. “

“I can’t see anyone dethroning Germany, but I really do think England will do well this tournament because we’re writing them off. It takes the pressure off and I think they could surprise a few people.

“If I was Hodgson, I would look at players such as Danny Drinkwater, who has been excellent this season – I can’t see him not being taken if you’re basing who you take on form.

“Technically Danny is a very good player, he keeps possession and works exceptionally hard. He doesn’t score a lot of goals but he does his job well and he’s the sort of player you need at the tournament, I don’t know why he hasn’t been included in the England set up before.

“He should go with an attacking team, with plenty of pace. The players they’re facing won’t know too much about Vardy, Drinkwater or Dele Alli so you need to expose that uncertainty. You need these sorts of players in the team, those selfless players who will fight for the team.

“Turkey are very similar in that they do have their star players, however, it’s a different culture in Turkey and they’re very religious and very little ego, very humble players.”

1 Your selection
2 Start Playing
Register, deposit £10 or more and place a Sport bet (3+ selections) up to £20, each with odds of 1/2 (1.5) or greater.
3 Get your FreeBet
If it’s not a winning bet, you’ll get up to £20 back as a FreeBet. T&Cs apply
Bet now! Log in
X
Best Actor trends mean Leonardo DiCaprio is set for fourth Oscars snub
Real Madrid v Sean Garnier’s S3 Freestylers
Author