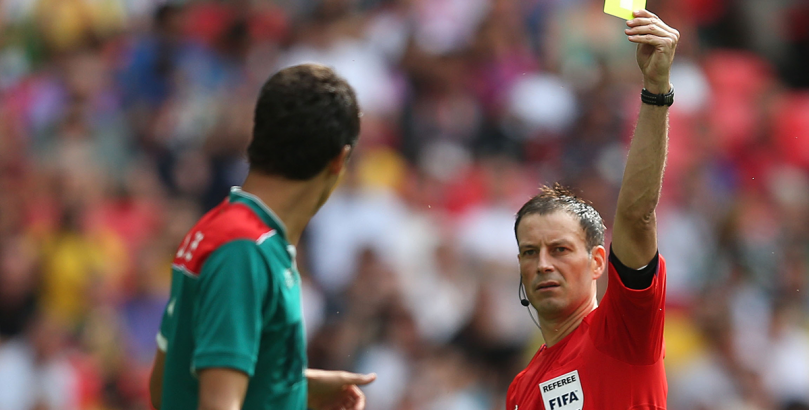 New directives handed to referees by the Premier League, Football League and the Football Association before the start of the 2016/17 campaign have been generating big noise in the opening weeks of the season.

Ryan Shawcross and Raheem Sterling have been among those to fall foul of the clampdown on penalty area grappling at set-pieces, while Diego Costa is already two bookings for dissent deep after three games for Chelsea.

Headlines and hyperbole aside, research from sports.bwin.com/en/news supports the impression that referees really do appear to be giving more penalties and taking less jive talk from players this term.

The number of yellow cards, red cards and spot kicks given over the first 30 games of 2016/17 (as well as the reported reasons for the bookings) were compared to those awarded during the same period of the preceding campaign, with illuminating results…

While the amount of yellow cards given so far this term is fractionally down on at the same point in 2015/16 and half as many players have been sent off, twice as many penalties have been awarded.

A quarter of those spot-kicks have been given to punish shirt-pulling, blocking and associated hi-jinks at corners.

The move to punish dissent this term is even more evident, with 14% of all bookings handed out in the first 30 games of 2016/17 occurring for this reason, as opposed to 4% of the total yellow cards after 30 fixtures last season.

Referees’ willingness to act on their new directives will be put under high-profile scrutiny at Old Trafford this weekend, when Jose Mourinho and Pep Guardiola pit their managerial wits against one another for the 17th time.

If their last meeting – when Mourinho’s Chelsea took on Guardiola’s Bayern Munich in the 2013 UEFA Super Cup – is any kind of barometer, a tempestuous encounter could be in the offing.

The clash in question saw official Jonas Eriksson hand out ten yellow cards, two of which went to the Blues’ Ramires, with seven of those coming inside normal time.

Over 6.5 yellow cards in the fixture can be backed at 11/10.
Man Utd v Man City: Research suggests overdue pile up of penalties
The best bets from the US Open Tennis odds on Day 12
Author