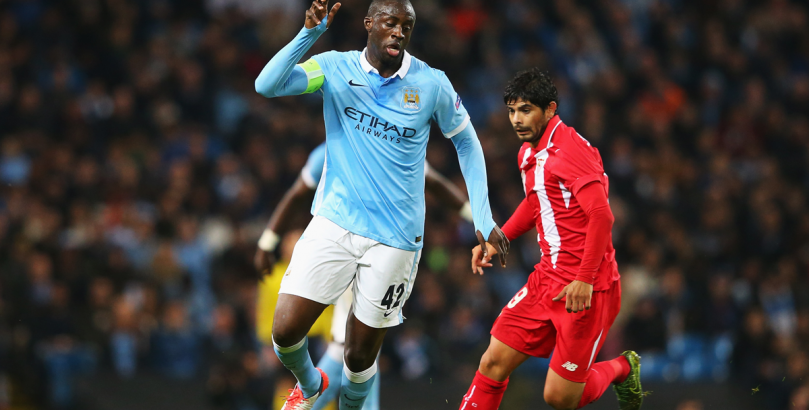 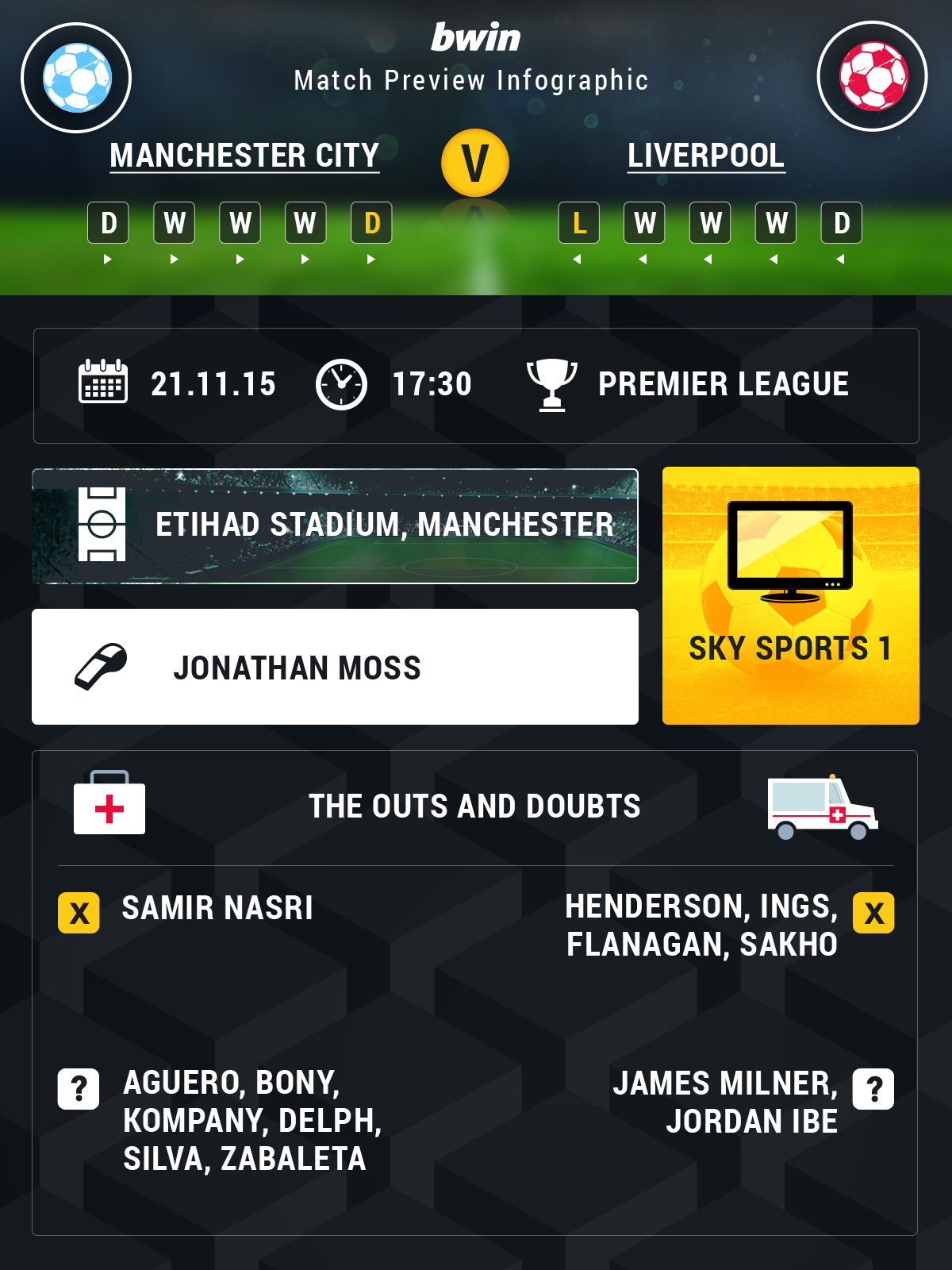 Manchester City have left very little room for improvement over the rest of the school year after a posting a stellar autumn term report card.

Top of the Premier League class with a third of the campaign through the hour glass, they also lead their classmates for goals scored, while only Manchester United possess a better defensive record.

Sadly, Sheikh Mansour was unable to take his little cherubs on a Toys “R” Us trolley dash to reward them for a pleasurable parents evening during the recent holidays.

Instead two weeks of international football intervened to take the Citizens’ minds off their collective endeavours.

Their attempts to return to school in the same frame of mind they left it in a fortnight ago are undermined by several fitness doubts over their leading lights.

Neither Sergio Aguero, nor Wilfried Bony are remotely guaranteed to strut their stuff this weekend, while mainstays David Silva and Vincent Kompany are also far from certain starters against a Liverpool side proving surprisingly tough to lick.

City have been coping admirably without Aguero, winning five of their seven games since he was stretchered off for Argentina against Ecuador.

However, the importance of his availability when it comes to deciding the outcome of this match is underlined by the fact that both blanks the club have drawn this season have come during his absence.

Held by a well-organised Aston Villa outfit in their final outing before the international break, there may just have been a hint that they aren’t quite so irresistible in the absence of the Argentine and that of leading creator Silva.

This should give Liverpool plenty of inspiration given they have been defeated once in their last 13 all-competition games.

A 3-1 Old Trafford aberration aside, the Merseysiders have been resolute on the road all season long, beating Stoke and holding Arsenal, Everton and Tottenham to draws.

Jurgen Klopp seemed to hit on a particularly effective formula during the 3-1 win over Chelsea at Stamford Bridge that was the first of his tenure and another away success in Kazan followed shortly after.

Were it not for them having lost defensive rock Mamadou Sakho to injury in the final game before the international break, Liverpool might have been fancied to spring a real shock against their slightly beleaguered hosts.

As it is they may still have enough about them to land the sizeable odds on a stalemate.

If Liverpool are to prise a point from their hosts’ grasp then they will need to subvert some fairly hefty trends.

City have netted 20 goals in their last five outings at the Etihad, while the Reds’ win at Stamford Bridge was the only time they’ve notched more than once on the road all season.

Yet, the exploits of West Ham earlier in the season and more recently Norwich both offer hope that they can dose the Citizens’ attacking tea with bromide.

The Irons limited the Mancunians to a single goal in September, while only a 90th-minute penalty stopped the Canaries emulating them on the 31st of October.

Liverpool have conceded a goal or less in all bar one of their road games this term and may be able to channel the stringency of the aforementioned raiding parties. 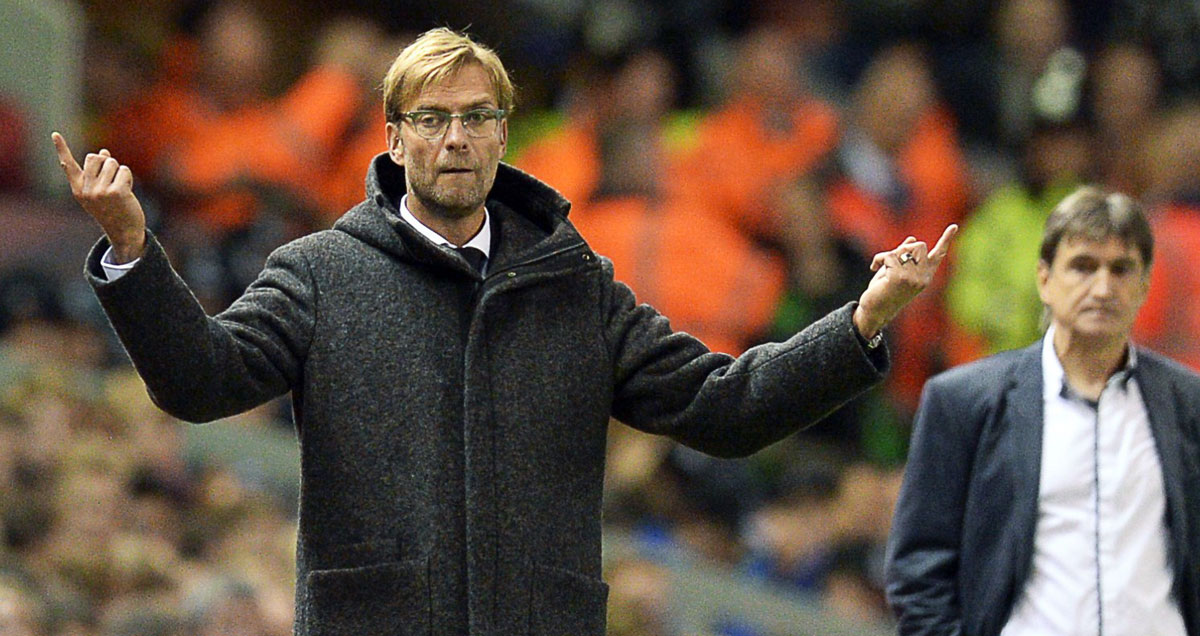 Who will get the goals?

Philippe Coutinho has been in and out of form this season, but he is most certainly ‘in’ right now having bagged three times in his last two games.

There couldn’t be a better time for his favourite opponents to be drawn from the tombola – he’s scored three goals in four games against the Citizens, including a brace of winners.

Every single one of Liverpool’s away games this season have been tied at the interval, as have four of their last five Anfield outings.

Gareth Bale discusses Real Madrid form ahead of El Clasico
The bwin Retro Transfers Quiz – What do you know about these headline-making moves of yesteryear?
Author