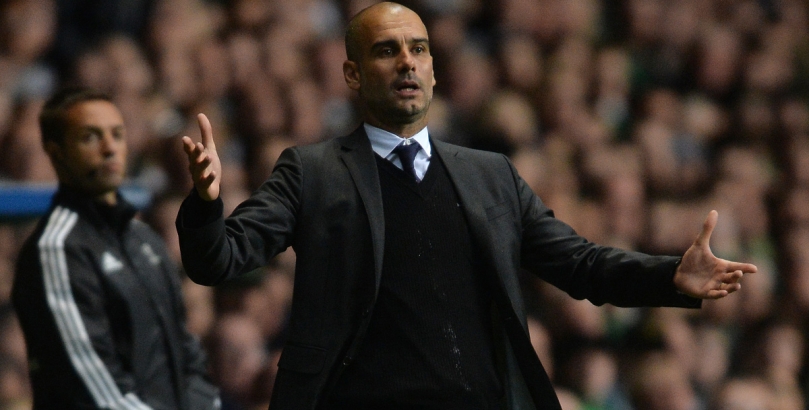 Pep Guardiola is a really nice man. Here’s why:

As the former manager of Barcelona and Bayern Munich, the 45-year-old has a wide array of world class players that he has worked with.

Having been a very successful manager at both clubs, playing some wonderful football in the process, it is reasonable to suspect that many of his former players would jump at the chance to reunite with him.

Yet, every time the Spaniard is linked with a raid on his old haunts, it’s never for the best option in a particular position.

Barcelona’s cupboards have already been snooped through to bring Claudio Bravo to Manchester City, even though Marc-Andre ter Stegen is the Blaugrana’s number one and a better player.

Now, media outlets report that Guardiola will bolster his full-back ranks by returning to Bavaria.

Only it’s not Philipp Lahm or David Alaba that the 7/5 Premier League favourites boss wants to install at the Etihad Stadium, but Juan Bernat.

The 23-year-old Spanish international joined Bayern Munich from Valencia in 2014 as a Guardiola signing.

Able to play both at left-back and left-wing, it is reportedly his versatility that appeals to the Man City boss.

Bernat has only played in three Bundesliga games for Carlo Ancelotti this season, but was used in 31 by Guardiola in his first campaign in Germany.

With current Citizens full-backs Aleksandar Kolarov, Gael Clichy, Bacary Sagna and Pablo Zabaleta all ageing, it’s clear that fresh legs are going to be needed at some point.

The Sun suggest that could come as early as January with a £20m bid for Bernat.