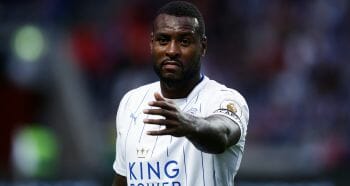 A look at Leicester’s betting odds

Suspicions that the departed N’Golo Kante was the superglue holding together a Leicester defence that had been far from title-winning prior to his arrival last summer were finally refuted to an extent by the Foxes’ 0-0 draw with Arsenal last time out, a result that ended a four-match streak of conceding at least twice for Claudio Ranieri’s men.

That return to the form of last season, along with the hosts’ dominant recent record against Swansea and at home, makes the Leicester win odds look manna from heaven for accumulator bettors.

Singles punters will be eyeing more sizeable returns than the 18/25 on offer for a Foxes win though and odds of 17/10 that they are winning at half time and full time at the King Power appeal, given they’ve been ahead at the intermission in their last six gracings of home’s green, green grass.

Riyad Mahrez and Leonardo Ulloa have been the Swans’ chief tormentors of late, bagging four times and three times against them in their last three meetings respectively.

Both are available at 2/1 in the any-time scorer betting, but backing likely substitute Ulloa to bag last @ 5/1 might be a more profitable ploy.

A look at Swansea’s betting odds

There will be those to whom the chunky 15/4 about an away win holds plenty of appeal, not least because Francesco Guidolin’s charges have won half as many road games in their first two attempts this term then than in the entirety of last season.

Unfortunately, as already alluded to, they’ve failed to net on their last two visits to the King Power Stadium and backing them not to score at odds of 23/20 looks more likely to pay dividends.

Shut out for all but eight minutes of their opening day win over Burnley, Leicester are expected to be capable of greater feats of defensive concentration than the Clarets.

Leroy Fer’s Turf Moor winner was the ninth time in the Swans’ last ten away days that the scorers were called upon in or after the 75th minute.

With their nemesis Ulloa potentially having entered the fray by such a point, backing over 0.5 goals between 75:01 and full time at 21/20, looks the pick of the Leicester v Swansea odds for those who prefer not to pick sides.