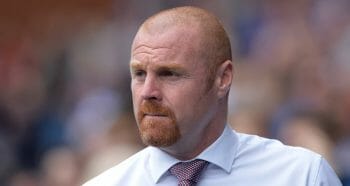 * Leicester are undefeated in nine matches against Burnley

A look at Leicester’s betting odds

Despite scoring four goals in Brugge on Wednesday evening, Leicester City will most likely struggle to find the net against Burnley. Claudio Ranieri’s team famously like to draw their opponents in and hit them on the counter, but the Clarets will not be obliging.

The visitors have held the lowest possession so far this season (39.5%), and held just 39% against Hull City in the latest gameweek of Premier League action. Sean Dyche will happily absorb pressure and grind out a result, making under 2.5 goals at 9/10 a good betting option.

Riyad Mahrez seems to have rediscovered his best form after a sticky start to the campaign. Burnley do not look particularly comfortable defending against wingers that love to cut inside, having conceded goals to Robert Snodgrass, Willian, and Eden Hazard already in 2016/17.

The odds for Leicester to beat Burnley are currently priced at 53/100.

A look at Burnley’s betting odds

Burnley have not won any of their last nine games against Leicester City, but will feel confident that they can snatch something at the King Power. The Clarets did not record an away win in the 2014/15 Premier League season until late November, although they look a stronger outfit this time around.

Their record of four points from four games matches their overall tally after ten games of 2014/15, and arguably the main reason for this has been the performances of Steven Defour.

From defensive midfield,  his tackling and intercepting against Liverpool prevented Jurgen Klopp’s men from dominating in the final third. Leicester could struggle to create chances here. At the other end, Defour’s powerful runs though the middle of the pitch may prove effective on the counter. The Belgian has already scored and assisted this season, making Burnley to score one goal look like a good bet at 3/2.

Overall, Dyche has enough nous to close out the spaces and keep Leicester, likely to be jaded after their midweek travels, relatively quiet. Since Leicester have not lost any of their last 17 home league games, the draw at 3/1 is the best Leicester – Burnley betting option.