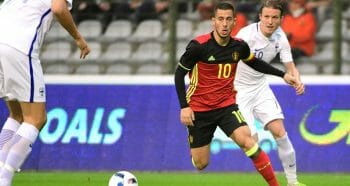 There are plenty of people associated with Chelsea that are enjoying Antonio Conte’s switch to 3-4-3, but Eden Hazard could arguably have the widest smile of the lot.

The Belgian forward was named man-of-the-match as the Blues ran out 4-0 victors over Manchester United last time out, capping a fine performance with the game’s third goal.

That strike made it two consecutive league outings on the scoresheet for the 25-year-old, and four in a row for club and country after bagging in back-to-back World Cup qualifiers earlier in the month.

However, the two for Chelsea are significant in their arrival following his manager’s decision to change formation.

In finding the net for the fourth time this Premier League season, the former Lille star has already matched his haul from last term’s miserable title defence.

Against United, no player wearing blue had more shots than Hazard, while his five dribbles were the highest in the match. He was only on the field for 77 minutes.

Reinvigorating Chelsea’s best player was vital for Conte to achieve success at Stamford Bridge and in unleashing him as part of a front-three that is given creative license, the Italian looks to have struck gold.

Now sat one point behind the leading pack at the top of the Premier League table, the Blues are given a 13/2 chance of regaining the title they last won two seasons ago. 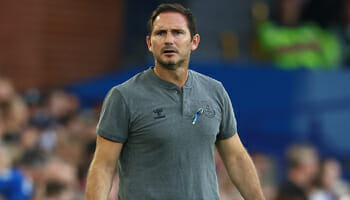