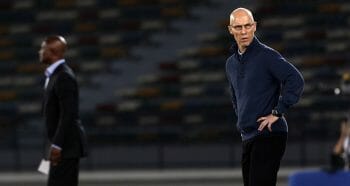 * With one point in six games, Swansea are officially the Premier League’s worst side on form, but they only failed to fire during that run in the 0-0 draw at home to Watford

The 5-0 thumping at Chelsea last time out will have given the Toffees cause to pause, but is unlikely to knock Ronald Koeman’s ship too far off course.

Everton are unbeaten at home in the Premier League under the Dutchman, winning three out of five games so far, but they’ve only kept two clean sheets in those matches and three all told in the top flight.

Against a Swansea side scoring practically a goal per game (exactly one under their current coach), a home win with both teams bagging looks the best bet on offer at 21/10.

Koeman’s crowd to triumph by any means is available at 8/15.

The visitors have a fine record against their next hosts over the last couple of seasons, but would also have fancied their chances of beating Manchester United last time out going by past form, and the Red Devils’ recent travails.

Alas, Bob Bradley and the entire US of A is still waiting for his/its first managerial triumph in the Premier League after four games of trying.

For those who believe, Swansea are 5/1 to supply it on Merseyside.