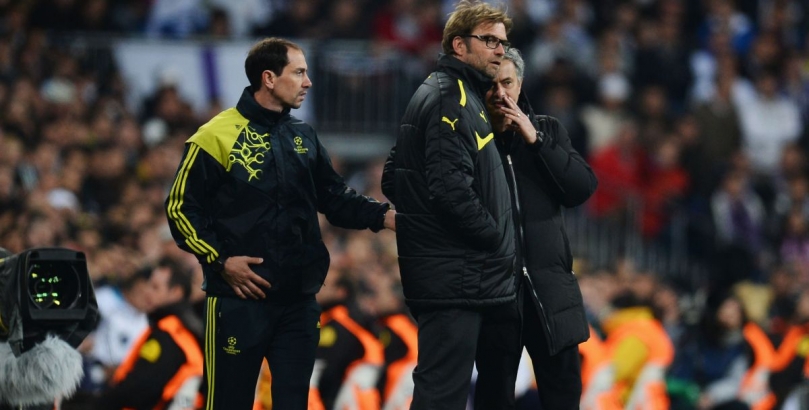 Top-class midfield anchormen are clearly hard to get hold of, with Premier League behemoths Manchester United and Liverpool both lacking a natural enforcer in the prime of his career in the centre of the park.

The Red Devils have made do with Spanish utility man Ander Herrera as their shield in front of the defence over the past couple of months, with mixed results, while Jurgen Klopp’s 4-3-3 formation negates the need for a deep-lying midfielder.

Klopp’s side lead the Premier League by a point as we resume domestic matters following the international break, yet have only kept one clean sheet in the division in 11 games so far, while the Red Devils have shipped one more goal than 15th-place Middlesbrough.

Both could use defensive reinforcements, with United’s backline in particular dropping like flies through injury and largely unfancied by manager Jose Mourinho, so it’s odd to see neither linked with wantaway Inter start Geoffrey Kondogbia.

The Nerazzurri are onto their third boss since August after Frank de Boer’s sacking at the start of this month, having replaced Roberto Mancini 11 weeks previously, and Kondogbia has made his feelings known after becoming a marginalised figure under the Dutchman.

Inter chief Stefano Pioli is yet to experience a match in charge of the San Siro outfit and may rate him higher than De Boer did, but Kondogbia has been quoted saying it will be ‘difficult not to think about other things’ if ‘the situation does not sort itself out’.

Chelsea are the Premier League club credited with an interest in the five-cap France international – who can play in midfield or defence – by The Mirror, with classy Spaniard Cesc Fabregas left out in the cold by Blues boss Antonio Conte since N’Golo Kante’s summer arrival.

Such talk may have Nemanja Matic fearing for his place as well, although it’s just as likely Conte still sees the Serbian as part of his midfield in a 3-5-2 formation.

Kondogbia certainly wouldn’t come cheap, having already fetched combined fees totalling €50m-plus in moves from Sevilla to Monaco and then Inter over the past three-and-a-half years.

Chelsea and Liverpool are 11/4 joint-second favourites for the Premier League title, behind 9/4 jollies Manchester City.