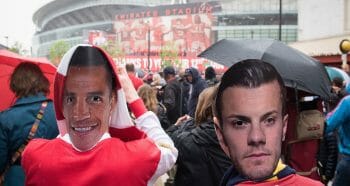 The pain of botching the chance to finish above Arsenal for the first time in 21 years may have sent Tottenham fans into a period of internet self-exclusion.

But for any Lilywhites stumbling around the web in search of a meme safe haven, there are a number of positives to take from the side’s third-place Premier League finish.

Harry Kane’s Golden Boot, Dele Alli’s emergence and a non-Newcastle-facing tight defence aside, Spurs landing in the bronze medal position this season also bodes extremely well for their ambitions to progress in the future.

That’s because the side finishing third in the English top flight has improved their standing the following season in half of the campaigns this decade. What’s more, two of the three sides that managed it did so by winning the league.

Manchester City jumped two spots in the standings when claiming the title under Roberto Mancini in 2011/12, while Chelsea executed the same leap under Jose Mourinho three seasons later.

The Gunners were the other club to use a third-place finish as a springboard for positional improvement the following year, trading up to the runners up spot this season after following the Blues and Citizens home last term.

Even if Spurs fail to follow that trend and actually regress, history suggests they won’t fall far. Since 2010, no team has ever finished third in the Premier League, then fallen out of the Champions League places the next season.

So while many White Hart Lane lovers may still be plastering over the nicks from Gooner jibes, they can take solace in the fact that the hard work has been done.

Now they’ve cracked the league’s top three, the chances are they’ll stay there for a good while yet.