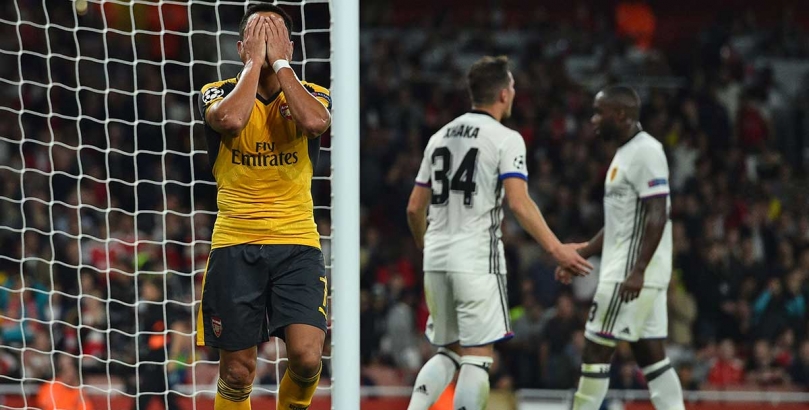 It appears north London duo Arsenal and Tottenham must radically change their wage structures or risk leaving themselves open to losing well over £100m worth of talent, according to numerous news sources.

Chilean forward Alexis Sanchez is yet to sign a new contract and will currently be free to leave the Emirates in 2018, making a bid from the likes of reported suitors Manchester City or Juventus next summer extremely likely if he’s not tied down soon.

Another rumour that has been doing the rounds recently is Gunners magician Mesut Ozil to Manchester United, managed by his old Real Madrid boss Jose Mourinho, with the Germany international also in his last two years of his Arsenal deal.

Gaffer Arsene Wenger was forced to sell Robin van Persie to United for the relatively-small sum of £26m in 2012, after the Dutch goal-getter had let his deal in the capital wind down to the last year, so there’ll be panic in the Emirates boardroom over potentially losing two more world-class talents.

As has often been the case in recent years, Arsenal clearly don’t feel they can compete with the likes of City, United, Chelsea, etcetera in terms of wages – even if they offer Sanchez and Ozil upwards of £200,000 per week, other clubs can always stump up another £50k more.

Tottenham’s situation is even more stark, with the Lilywhites’ pay structure beginning to crumble after the summer acquisition of £30m midfielder Moussa Sissoko.

The Sun make a big fuss of last year’s Premier League top scorer Harry Kane being paid less than two-thirds of Sissoko’s £95,000 per week wage, although the England man and Spurs are said to have shelved contract talks for now with the two sides miles apart.

According to the red top, Spurs will neither ‘offer a deal in line with Kane’s England strike partners [nor] even make him one of the highest earners at White Hart Lane’, and while the 23-year-old is contracted until 2020, the aforementioned, usual suspects are thought to be circling.

In other news, AC Milan could make a move for Arsenal and England midfielder Jack Wilshere, currently on loan at Bournemouth.