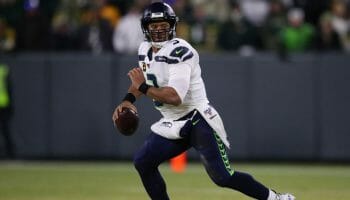 Newcastle have eased clear of the relegation zone with a cracking run of results and are fancied to maintain the momentum when hosting Arsenal.

The Gunners look set for mid-table mediocrity and must surely prioritise two Europa League clashes with Villarreal which come either side of this contest.

We’re snapping up 19/20 for the Magpies to avoid defeat for our first Newcastle vs Arsenal prediction.

Newcastle edged closer to safety in dramatic fashion when Joe Willock’s last-gasp leveller earned them a 1-1 draw at Liverpool.

The Reds missed several good chances to add to Mohamed Salah’s early opener, but United did have Callum Wilson’s bundled finish ruled out for handball by VAR just moments before equalising.

“I’ve said I’m utterly convinced we would be OK and big players returning (from injury) has given everyone a lift,” said Steve Bruce.

“There is a certain resilience among them and that’s pretty evident when you see the goals we have scored in the last 10 minutes.”

The Magpies had returned from the international break with a 2-2 draw versus Spurs, before beating Burnley 2-1 and West Ham 3-2.

Altogether, they have netted crucial late goals in four of their last six fixtures, with the only drawback being that on-loan super-sub Willock can’t play against his parent club.

Even so, there is obvious appeal in Newcastle vs Arsenal odds.

Arsenal’s already slim hopes of qualifying for Europe next season via their league position faded further away with a 1-0 home loss to Everton.

Bernd Leno’s own goal came after the Gunners had seen a penalty chalked off due to a marginal offside decision by VAR in the build-up.

Mikel Arteta’s men had previously been held to a 1-1 draw by third-from-bottom Fulham at Emirates Stadium.

Arteta moaned: “To explain how we have lost five points, with the way we have performed in those two games and what the opponent has earned, is pretty incredible to describe.”

However, the manager can’t hide from the fact that Arsenal have been far too inconsistent all season, winning just 13 of 33 matches in this competition.

Thursday’s trip to Spain and then next week’s return fixture with Villarreal in London have taken on more and more significance.

Let’s add 8/1 for Draw HT/Newcastle FT to our Newcastle vs Arsenal betting tips.