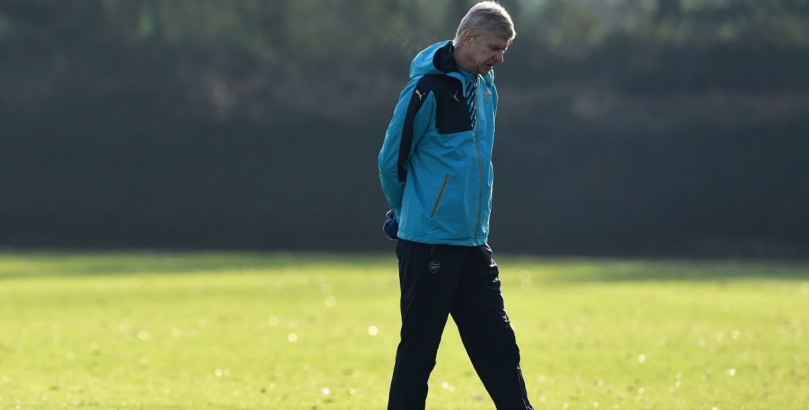 Rumour has it that Arsenal are close to completing a deal for Valencia centre-back Shkodran Mustafi, which will allegedly cost the Gunners as much as £30m.

Should they get the deal over the line, the Germany international will become the north Londoners’ most expensive ever defender by some margin.

It’s a mantle currently held by Calum Chambers, who cost £16m to sign from Southampton ahead of the 2014/15 campaign.

The 21-year-old is expected to be the second eldest member of the makeshift rearguard the Gunners will be forced to field against Liverpool, who can be backed as 21/10 underdogs to beat their weakened hosts at the Emirates this weekend.

Given the injuries that will keep senior stoppers Per Mertesacker and Gabriel sidelined medium-to-long term, Arsenal are light in the centre-back department, but splashing the cash on Mustafi provides sizeable cause for concern.

The notoriously-frugal Arsene Wenger avoids spending big on defensive additions if he can help it, but when he has taken chunks out of the club’s bank balance in a bid to improve his backline, the decision hasn’t always proved a wise one.

For instance, fans are still waiting to see a return on the significant investment made in Chambers. The gifted youngster has plenty of room to improve, but has often looked unsteady when deployed in his alleged best position of centre-back.

Gabriel, an £11.3m acquisition from Villarreal, doesn’t look as though he has fully acclimatised to English football, the injury-proneness of £10m Thomas Vermaelen compromised his reliability and right-back Mathieu Debuchy proved a waste of £12m after he was usurped by rookie Hector Bellerin.

The only defensive arrival signed for a reported eight-figures to have truly proved worth the outlay was Nacho Monreal, but it wasn’t until his third season in north London that he consistently flourished.

Compared to these buys, Wenger’s bargain purchases have offered superior value for money.

Bellerin is the most obvious example of this. He deemed breaking into the Arsenal first-team an easier proposition than Barcelona’s, so quit the Catalans’ academy as a 16-year-old.

His rationale was accurate and he nailed a spot as first-choice right-back midway through the 2014/15 season.

As a 24-year-old, Laurent Koscielny cost somewhere in the region of £7m-£8.25m according to reports and has since grown into arguably the best centre-back in the Premier League.

Veteran of over 200 appearances at the heart of Arsenal’s defence, Mertesacker, was bought for a similar sum.

Looking further back, Sol Campbell was lured from Tottenham Hotspur on a free and his regular partner in the ‘Invincibles’ team of 2003/04, Kolo Toure, cost just £150,000.

The likes of Ashley Cole and Kieran Gibbs graduated from the club’s academy and William Gallas was bolted into the deal that took the former to Chelsea.

Based on the success rate of Arsenal’s more budget-friendly defenders, it may well transpire £2m Rob Holding proves a smarter signing than £30m Mustafi.

Incredible value in backing Arsenal to finish above Spurs and Liverpool
Chelsea v West Ham: a feisty game between rivals to end in stalemate
Author