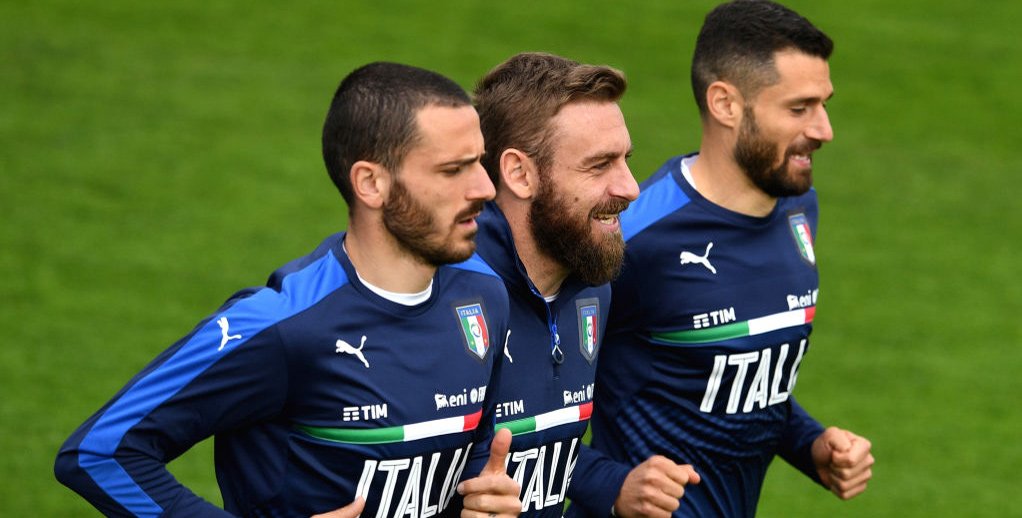 Italy trail Spain on goal difference in Group G so they could go looking for a big win when entertaining Albania in Friday night’s World Cup qualifier in Palermo.

The Azzurri only sneaked a 1-0 victory in their previous encounter with Albania after Stefano Okaka struck late on in Genoa back in November 2014, but that was a friendly and this will be a much stronger line-up.

After checking out the Italy vs Albania odds, we’re taking 21/4 for the hosts to enjoy a smooth 3-0 success.

Italy last failed to qualify for a World Cup finals tournament way back in 1958 and they will be confident of making it to Russia 2018 after starting out with away wins over Israel, Macedonia and Liechtenstein and a home draw with Spain.

It hasn’t all been plain sailing for the Azzurri, as they needed a 92nd-minute Ciro Immobile winner to edge out Macedonia 3-2 in Skopje and Israel were also in contention for much of a 3-1 loss in Haifa.

However, November’s 4-0 hammering of Liechtenstein and a subsequent 0-0 draw with Germany in a Milan friendly suggest that much-travelled veteran coach Gian Piero Ventura is starting to win over any doubters and another convincing success is surely on the cards here.

Italy can be backed at 21/10 to beat Albania by more than two clear goals.

Albania were far from disgraced when competing in their first major tournament at Euro 2016, losing 1-0 to Switzerland and 2-0 to France before securing a 1-0 triumph over Romania that allowed them to return home with their heads held high.

Hopes were raised of a World Cup finals debut when they began this competition with wins over Macedonia and Liechtenstein, but subsequent losses to Spain and Israel on home turf sadly burst their bubble, with five goals conceded and none scored against those teams.

Several players will face familiar foes in Palermo as they ply their trade with Italian clubs, but a run through the Albania squad highlights a worrying lack of goals, with front men Armando Sadiku and Bekim Balaj having shown some promise in that department but likely to be starved of service on this occasion.

Italy are 3/5 to win to nil and that will surely attract some of the big hitters.

Scotland vs Canada: Scots tipped to keep out Cannucks
Spain vs Israel: Goals expected to flow in Gijon clash
Author