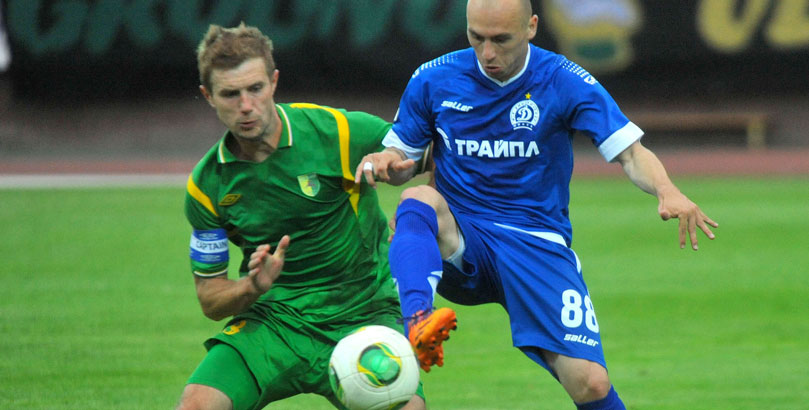 Isloch will aim to continue their 100 per cent record when they host Slutsk during the third round of fixtures in Belarus’ top flight.

The hosts have won both of their home games so far but that may not be a factor as the last six contests between the two sides have seen the away team prevail on each occasion.

As a precaution, we have selected a Slutsk win on the Draw No Bet odds at 2/1, which will return our stake if the match ends in a stalemate, as our opening Isloch vs Slutsk prediction.

Isloch are one of four teams to have won their two opening fixtures of the Vysshaya Liga campaign, claiming 1-0 home victories against Neman and Smolevichi.

Momo Yansane will hope to continue his fine goalscoring form since joining the club from Moroccan outfit FUS Rabat, where he has scored 13 goals in 30 appearances.

The 22-year-old bagged both match-winning goals this season and will be the key threat to Slutsk’s defence in what could be a low-scoring contest.

In Isloch’s last eight home league matches there have been under 2.5 goals in each fixture, while this is the case in 12 of Slutsk’s last 17 away league matches.

We fancy the hosts to continue the low-scoring feat for a ninth successive home league match at a price of 1/2 in our Isloch vs Slutsk odds.

Slutsk began their 2020 campaign with a bang as they came from a goal down to win 3-1 against Slavia Mozyr in an incredible match which featured five penalties.

Mozyr took the lead through Andrey Chukhley’s first-half penalty before Soslan Takulov equalised with a spot-kick of his own just before half-time.

The Russian defender fluffed his second penalty attempt, with team-mate Artem Serdyuk missing the team’s third spot-kick, although he did score the rebound to put Slutsk ahead.

Serdyuk wrapped up the victory with his second goal from 12 yards but only after Mozur defender Igor Tymonyuk was sent off for two bookable offences.

This will be Slutsk’s first away game of the season and they have been involved in 13 matches where one team has failed to score from their last 18 on their travels.

With this in mind, we feel that this clash will follow suit at the short price of 11/20 which completes our Isloch vs Slutsk betting tips.