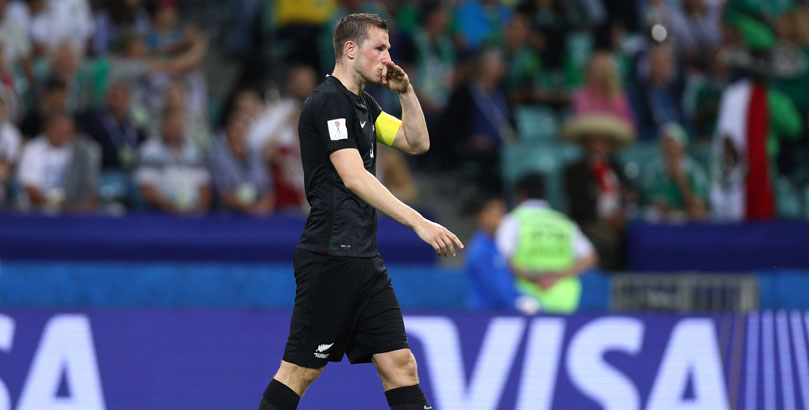 New Zealand gave Mexico a scare in the Confederations Cup but few will expect them to trouble Portugal in the final round of Group A fixtures.

The Euro 2016 winners are on course to qualify for the semi-finals with four points from two games and shouldn’t slip up against the Kiwis in Saint Petersburg.

We’re kicking off our New Zealand vs Portugal betting tips by taking 19/4 for the favourites to prevail 3-0.

New Zealand coach Anthony Hudson struggled to contain his emotions after the All Whites had pushed Mexico close in a 2-1 loss on Wednesday.

Leeds striker Chris Wood gave the Kiwis the lead just before half-time and, after El Tri had hit back in the second period, Ryan Thomas almost snatched a point for the minnows when his thunderous shot hit the bar late on.

“I’m very proud of my team,” said Hudson. “It was an amazing performance by all the players. I think we made a fantastic start and there was no question that we were the stronger side in the first half.”

The Kiwis were run ragged at times after the break, though, so Evens for Ronaldo and Co to score more goals in the second half stands out from the New Zealand vs Portugal odds.

After opening with a 2-2 draw against Mexico, an early header from Cristiano Ronaldo proved enough to give Portugal victory over hosts Russia in the second round of games.

The Real Madrid ace almost doubled the advantage and Porto striker Andre Silva was only denied by a world-class save as the European champions dominated that contest.

Head coach Fernando Santos said: “I thank God I have a group of players who are so concentrated and willing to respond to any situation and play their hearts out for their coach.”

As long as that focus remains the same, the favourites appeal at 4/5 to win by more than two clear goals in our New Zealand vs Portugal predictions.

Mexico vs Russia: El Tri to send hosts crashing out
Czech Republic U21 vs Denmark U21: Progressive Czechs to prevail
Author