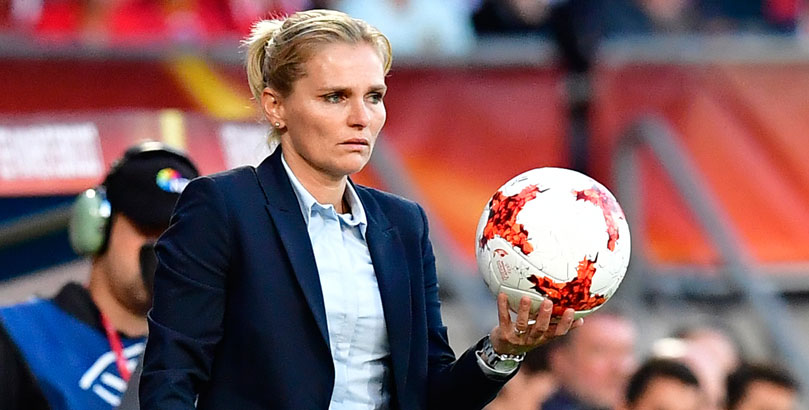 Holland have been truly inspired by having home advantage at the Women’s European Championship and are hard to oppose in Sunday’s final against Denmark.

The Dutch have claimed five straight wins during this competition, including a 1-0 defeat of the Danes in the group stage, with just one goal conceded en route to the decider.

With another big crowd behind them in Enschede, 4/5 for the hosts to prevail in normal time kicks off our Holland Women vs Denmark Women betting tips.

Holland also accounted for Norway 1-0 and Belgium 2-1 in the pool section and they appear to have grown in confidence and stature during the knockout rounds.

Sweden were swept aside 2-0 in the quarter-finals and then an experienced England team was demolished 3-0 in the semis.

The Lionesses did contribute to their own downfall, gifting a second strike to the Dutch with a poor back-pass and scoring an own goal for the third.

However, head coach Mark Sampson highlighted how hard it had been facing such a strong, physical unit in front of a vociferous support at the home of FC Twente.

“We knew it was always going to be difficult,” he admitted. “The host nation, big crowd, and an incredibly motivated, excellent team.”

That momentum will serve Holland well in the decider at the same venue and we like 13/2 for a 2-0 success from the Holland Women vs Denmark Women odds.

Having lost five previous semi-finals, Denmark were understandably nervous during their last-four clash with Austria, but fortune favoured them on this occasion.

In a tense game of few chances, Austria missed an early penalty after making the brighter start and went on to fluff their lines in a shoot-out following a goalless 120 minutes.

Stina Lykke Petersen saved two of the spot-kicks, but the feeling is that Denmark will need to do an awful lot better to match Holland on Sunday.

The Danes have the height to be a threat at corners and set-pieces, but we’re still going with the Dutch to win to nil at 33/20 in our Holland Women vs Denmark Women betting predictions.